Adhering to the law 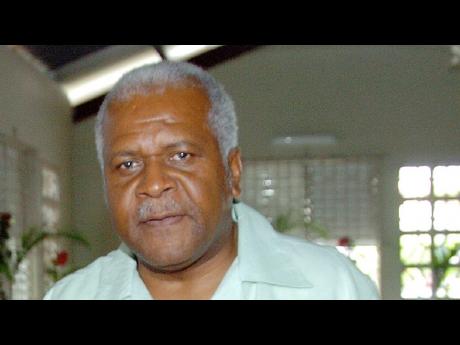 That the Reverend Al Miller used the words "justice" and "principle" at least 16 times each in his long-winding letter on 'Dudus' can only mean two things. Either the number 16 has now superseded the number 7 as the socio-spiritual number of note, or the dear reverend really believes that packing the paper with emotive terminology will be enough to lift away the legitimate concerns that now burden the mass of well-thinking Jamaicans at home and abroad.

As a Christian and a legal scholar, I will not be coy in saying that I found Miller's statement to be largely a cluster of uninformed decrees on real matters of law; hence, it was quite disturbing. When a noted religious figure intersperses erroneous principles of law with a flurry of philosophical language, the ensuing brew, in my view, can only be a deleterious concoction of public confusion. Realising this, I was spurred to write.

Two of the most imprudent points Miller raised is that, based on biblical principles, "a citizen should" only, in essence, "be judged by their 'own' nation and not be given to another, particularly if they are domiciled in their own country". He went on to note that "Mr Coke has not been to the US since as a child," and that "all accusations against him are alleged to have taken place while he was in Jamaica" - as though that mattered.

First, Jamaica's legal obligations do not commence at Genesis 1. What matters in Jamaica is the Constitution of Jamaica, acts passed by the legislature, and treaties - like the Extradition Act - that have been duly incorporated into our domestic laws. Regardless of what 'biblical principles' may suggest about who should judge who, we have committed ourselves to international legal obligations here on Earth and 'justice' requires that we be true to our word.

Second, the notion that one country should not seek to enforce its laws if they are breached by a person living in another country is, respectfully, preposterous.

Any second-year law student, having read Public International Law, knows that each crime possesses at least four distinct components which help in determining who exactly may claim jurisdiction to prosecute. These components surround the nature of 1) the offender, 2) the victim, 3) the place the crime occurs, 4) the crime itself.

Under international law, if a person in country A causes crimes to occur in country B, and the crime affects the citizens of country B, both nations have grounds to prosecute. Country A may prosecute because the offender is their citizen, and at least planned the crime in their territory. Country B may prosecute because the crime actually occurred in their country and also because it affected their citizens. To prosecute though, country B needs A's help. That help, in short, is called extradition.

That, I pray the good reverend will note, is what lawyers call 'trite law'. There is nothing hard, nothing unjust, nothing 'unholy' about it - it is an area of law that subverts wars and allows for tremendous cooperation between nations.

Finally, it cannot be in the best interest of any democratic society for citizens to - as Miller suggests - blindly trust their prime minister in the face of apparent partiality and the fanciful disregard of pressing international obligations, merely on the grounds that "if his heart is not pure, time will reveal". In the words of dancehall artiste Demarco, "you can see a man's face, but you can't see his heart".

Forget trust. I want all my leaders and every notion of 'principle' and 'justice' to be tested foremost by their adherence to the rule of law.