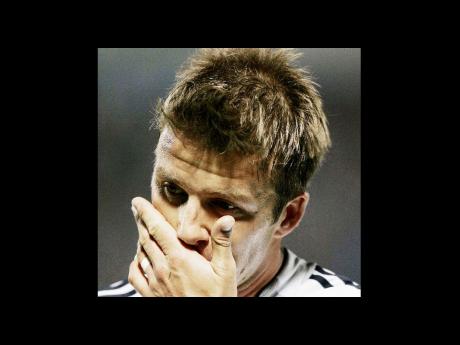 O Beckham, where art thou? David Beckham has become an unlikely muse to Britain's poet laureate, who has written a verse about the football star's career-threatening injury.

The former England captain tore his Achilles' tendon in a game on Sunday and will miss the World Cup in June as he recovers from surgery.

Carol Ann Duffy's poem imagines Beckham as the ancient Greek hero Achilles, who, according to myth, was dipped as a baby in the River Styx, making him invulnerable - except for his exposed heel, the origin of the modern terms Achilles' tendon, and Achilles' heel.

The poem weaves the mythical story together with references to Beckham's life, including his marriage to former Spice Girl Victoria Beckham and his experimental fashion sense. It speaks of the hero concealed "in girls' sarongs; days of sweetmeats, spices, silver songs."

It describes him on the field, "his charmed foot on the ball."

Duffy told the BBC Tuesday she was inspired because Beckham "is almost a mythical figure himself, in popular culture."

Beckham's injury shattered his hopes of becoming the first English player to appear in four World Cups and put the 34-year-old player's future on the national team in doubt.

Duffy, a football fan, said she had been moved by the image of Beckham in tears at the side of the pitch after his injury.

"You just thought how all the money in the world and private planes can't sort this. It was a very moving moment," she said.

But she said she doubted she would be hearing from Beckham.

"I'm a lot more likely to watch football than he is to read poetry," Duffy said.

Duffy, 54, is one of Britain's most widely read poets, whose work mixes traditional forms such as the sonnet with accessible modern language, sly humour and social commentary.

Duffy said she would not be bound by the expectation to write about royal weddings, birthdays and other state occasions unless she felt inspired to do so.

So far her compositions have reflected national talking points, including the passing of the last British veterans of World War I and the scandal over lawmakers' inflated expenses.