The pastor and the don 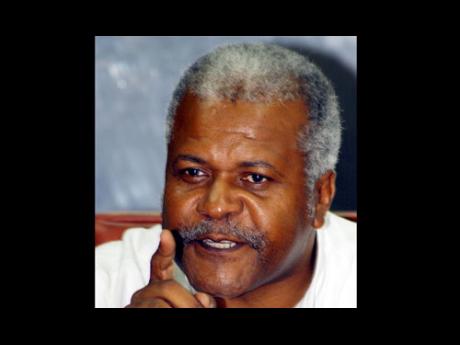 Finally, I've seen it all, a notable leader of a church coming out to defend a strongman of Jamaica's most violent garrison. Have we become so immune to the daily murder of our people that we view reputed area 'dons' as regular law-abiding churchgoing individuals? Is this the level to which we have sunk?

Rev Al Miller is misguided and intellectually dishonest. In his letter, he put together a poorly thought-out and logically disconnected mosaic of biblical statements, misrepresentation of patriotism and flimsy clinging to sovereignty.

His very first paragraph claimed a successful life must be lived by a commitment to values and principles and not by preferences or emotional responses. With this I agree.

But Rev Miller, shouldn't Jamaica honour its commitment to the international treaty as signed? Did we not declare to the world that Jamaica was a country of laws? Why are we now being the emotional one in not allowing Christopher 'Dudus' Coke to have his day in court? Any court, for that matter.

You went on to list a series of carefully extracted biblical quotes. The first, "love thy neighbour as you love yourself". Sir, isn't extracting known 'dons' from among us doing exactly that? I for one want all 'dons' to be removed from my community by any means necessary. Rev Miller, stop being a hypocrite.

Another biblical statement you extracted was "do not perverse justice or show partiality; follow justice and justice alone." Sir, you make me laugh. You actually claim this, yet you are now openly arguing for the blocking of Dudus from having to defend himself in court. Come on!

Sir, you make it seem that since it's the United States (US) that wants Mr Coke there is something inherently wrong. Even if we don't always agree with the actions of the US, we are committed to pre-signed treaties and, more important, we have to act morally and intelligently to move Jamaica from a criminal society back to a more humane one.

Let us not blind ourselves with the hatred for the US and, openly embrace corruption and criminality disguised as patriotism and sovereignty.

You then go on to suggest that it's the biblical principle for citizens to be judged by their "own" nation and not be given to another, particularly if they are "domiciled" in their own country. Sir, are you serious? Did you give this much thought? I hope you are not suggesting that as long as an individual is a churchgoer at home he can wreak havoc anywhere else. Plus, is Mr Coke really domiciled? They say he is the Tivoli Gardens strongman. I have yet to meet a domiciled garrison strongman. By the way, Rev Miller, Hitler was loved at home.

Rev Miller, I could go on with the rest of your article, but I think by now the picture is clear. What I cannot understand, however, is your motive for such an absurd article.