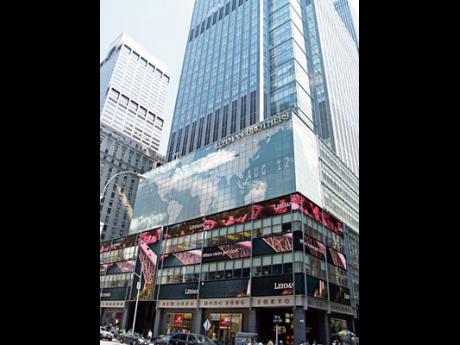 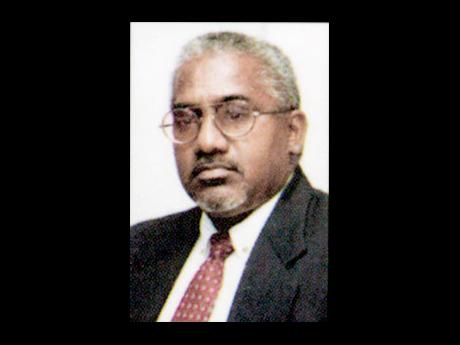 On March 11, Aton R. Valukas, examiner for the United States Bankruptcy Court Southern District of New York, presented a nine-volume, 2,200-page report in the Lehman Brothers Chapter 11 matter, outlining the facts of Lehman's condition in crucial periods prior to its collapse.

"On January 29, 2008, Lehman Brothers Holdings Inc (LBHI) reported record revenues of nearly US$60 billion and record earnings in excess of US$4 billion for its fiscal year ending November 30, 2007," the report stated.

Lehman had declared consecutive quarterly losses in excess of US$2 billion and was gearing up to declare another without a credible rescue plan in place. On the weekend of September 12-14, 2008, efforts were made to raise cash or find a buyer.

These developments were in train because United States Treasury Secretary Henry M. Paulson Jr had privately told Lehman's Chief Executive Officer Richard Fuld that if they were "forced to report further losses in the third quarter without having a buyer or a definitive survival plan in place, Lehman's existence would be in jeopardy."

On the fated weekend, Barclays appeared a firm potential purchaser. The deal fell apart, however, as the United Kingdom's Financial Services Authority (FSA) denied approval for a waiver of shareholder approval of that decision.

That FSA did its job properly must have made Barclays shareholders oh so happy!

These are the bald facts. The first concern one is compelled to raise is difficulty understanding how the examiner, given his findings, could argue that "Lehman was more the consequence than the cause of a deteriorating economic climate".

Indeed, this conclusion is completely at odds with so much of his finding of fact and opinion, on issues of risk, changing business models and 'colorable action'.

Lehman Brothers had plunged irrevocably into the sea of subprime mortgages and commercial real estate.

It became a subprime pusher, bundler of collateralised mortgage obligations, of derivatives. It was in the habit of relying on its 'liquidity pool' which it claimed, throughout 2008, was sufficient to weather any economic storm.

It also used repos - repurchase agreements in which it swapped 'good' but less liquid assets for very short-term cash - for a few days or a week.

Its counterparties providing cash were, up to the moment of the melt, confident of its capacity to honour its obligations. But things had changed drastically.

Held within its 'liquidity pool', which it continued to claim as late as September 10, 2008 to be US$40 billion, were 'comfort deposits' - unencumbered cash deposits held with others.

But for almost all of 2008, much of this had been pledged at the clearing banks which held them. These funds, legally, were no longer Lehman's to dispose of. The bank also held what were known as 'sticky' assets - difficult to sell or, if sold, expected to realise varying degrees of loss.

More disturbing, though, was Lehman's invention of what insiders termed a 'Repo 105' - an arrangement in which the company surrendered assets with a book value of 105 per cent of the cash exchanged in a repurchase agreement. Lehman would approach its counterparties to provide cash immediately prior to its quarterly reporting close of business.

This transaction was treated as an asset sale, not a cash loan.

The intention and impact of this is to show the bank's leverage as less than it really is. In other words, the numbers show a higher ratio of owned cash in hand than is true.

This is reminiscent of Enron accounting, for which some principals went away in handcuffs and formerly prestigious accounting firm Andersen lost its accounting licence and existence.

Among details revealed in the report is the fact that from mid-March 2008, "after the Bear Stearns near collapse, teams of government monitors from the Securities and Exchange Commission and the Federal Reserve Bank of New York were dispatched to and took up residence at Lehman to monitor Lehman's financial condition with particular focus on liquidity."

What is remarkable is that even in the presence of this high-level regulatory team peering over its shoulder, Lehman's September 12 claim of having a US$41-billion liquidity pool could be maintained. The pool actually contained less than US$2 billion in monetisable assets.

External auditors Ernst and Young saw no need to query these accounting measures.

Does this resemble a Ponzi or one of our alternative investment schemes, rather than a prestigious investment bank?

Painting the picture of contagious meltdown, the examiner reported the Dow Jones index plunged, with AIG on the verge of collapse before "the government intervened with a financial bailout package that ultimately cost about US$182 billion. On September 16, 2008, the Primary Fund, a US$62-billion money market fund, announced that - because of the loss it suffered on its exposure to Lehman - it had 'broken the buck', that is, its share price had fallen to less than US$1 per share. On October 3, 2008, Congress passed a US$700-billion Troubled Asset Relief Program rescue package."

"Lehman should have done more, done better," said the examiner.

"Some of these failings were simply errors of judgement which do not give rise to colorable causes of action; some go beyond and are indeed colorable."

A colorable cause of action is described as one which a court is unlikely to dismiss upon first hearing the claim.

It is an unusual name, but then, as with Wall Street, financial engineering often means esoteric jargon for schemes that today are often short-run income-generating, but non-productive inventions only barely, if indeed, legal at all.