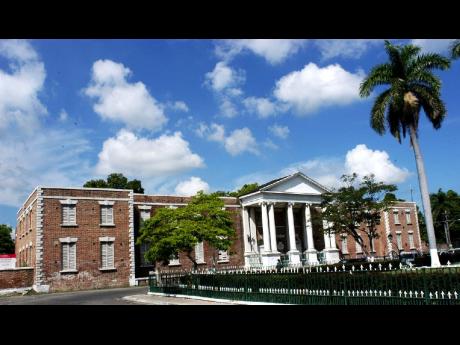 According to the Jamaica Information Service (JIS) website, plans are afoot to transform Spanish Town's old courthouse into a civic centre. Member of Parliament of the area, Olivia 'Babsy' Grange, stated that "It will be a civic centre for our adults and for our leaders, a space for meetings. The facility will also be used to host events, such plays. We will have our own community radio station, a recording studio and artisan booths for our craft artists."

Questions: Does this make economic sense? Does it enhance the preservation of our built heritage?

'Diamond in the rough'

Anyone who believes that Ms Grange's thoughts make sense should support a call that Devon House be transformed into a civic centre - what is good for Spanish Town is also good for Kingston.

Spanish Town represents a diamond in the rough, our national built legacy that, if polished, could further positively revolutionise and mature our tourism product. Therefore, making Jamaica more appealing to a broad spectrum of people (not everybody wants to be in the sun and on the beach 24/7) and giving communities, not just the all-inclusive hotels, a piece of the tourism pie.

If I had my way, I would strategise Spanish Town's revitalisation around tourism based on three pillars: 1. Living Monument 2. National Museum 3. Transit-oriented development.

Living Monument: For starters, the St Catherine Parish Council would be given a new home on the other side of town, close to the transportation centre. Emancipation Square would be carefully recreated and landscaped as closely as possible to original. The buildings would be opened for tourists to look through at a competitive admission fee; massive preservation of historic buildings would take place throughout the town.

National Museum: A new maximum prison would be built and the St Catherine District Prison would be refurbished to become the National Sports Museum and Hall of Fame. Rivoli Football Club would be given very low-interest loan to build a modern mini-stadium close to the transportation centre and the prison's green space would become a park.

Transit-oriented development: The new municipal building and mini-stadium would form part of the catalyst for transit-oriented development; older buildings would be preserved. However, modern mid-rise structure would be tactfully incorporated as part of the building mix. Train services would be revitalised - running between Kingston and Linstead - and the transportation centre would become a major hub linking north-south and east-west.

How do we pay for this? Think about increasing the Tourism Enhancement Fund by $2 million. The increased revenue would be specifically used for Spanish Town revitalisation and sustainability.