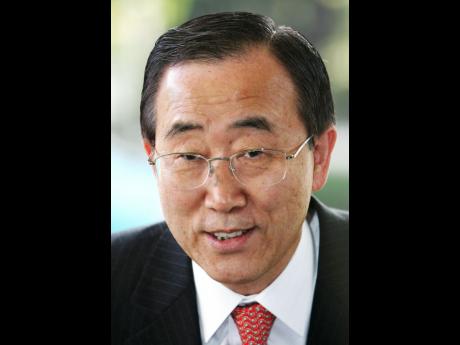 No country can afford to ignore the lessons of the earthquakes in Chile and Haiti. We cannot stop such disasters from happening. But we can dramatically reduce their impact, if the right disaster risk-reduction measures are taken in advance.

A week ago I visited Chile's earthquake zone and saw how countless lives were saved because Chile's leaders had learned the lessons of the past and heeded the warnings of crises to come.

Because stringent earthquake building codes were enforced, much worse casualties were prevented. Training and equipping first responders ahead of time meant help was there within minutes of the tremor. Embracing the spirit that governments have a responsibility for future challenges as well as current ones did more to prevent human casualties than any relief effort could.

Deaths were in the hundreds in Chile, despite the magnitude of the earthquake, at 8.8 on the Richter Scale, the fifth-largest since records began. In Haiti, a less-intense earthquake caused hundreds of thousands of deaths. Haiti had non-existent or un-enforced building codes, and very poor preparedness.

The lessons are universally applicable. No country is immune from disaster, be it earthquakes or floods, storms or heatwaves. More and more intense natural disasters are affecting all five continents, we believe as a result of climate change. Many of the world's poorest people live in high-risk densely populated cities in flood or earthquake zones, or both.

The culture of disaster risk reduction must spread. I am encouraged that we already have a head start in this regard.

The Hyogo Framework for Action, a 10-year plan to make the world safer from disasters triggered by natural hazards, was adopted by 168 governments in 2005.

There has been progress. Bangladesh lost more than 500,000 people during Cyclone Bhola in 1970. It subsequently built 2,500 cyclone shelters on elevated concrete platforms and trained more than 32,000 volunteers to help in evacuations. When Cyclone Sidr struck in 2007 with an enormous sea surge, the death toll was less than 4,000. Cyclone Nargis, a similar event in unprepared Myanmar in May 2008, cost 140,000 lives.

The evidence is overwhelming. Yet, the lessons of these disasters are forgotten with depressing speed. Many governments have failed to follow through on the practical measures Hyogo proposes.

Some states argue that they cannot afford to embrace the prevention model. I say no country can afford to ignore it.

We know prevention actually saves governments money in the long run. When China spent $3.15 billion on reducing the impact of floods between 1960 and 2000, it averted losses estimated at about $12 billion.

Similar savings have been recorded in Brazil, India, Vietnam and elsewhere.

Everyone has a role to play. Governments, central and local, have to do what it takes to make communities able to cope with both continuing challenges and sudden shocks.

In flood and earthquake-prone areas, the solution is to enact and enforce building regulations. For flood-prone areas, it's to move or improve squatter settlements, restore natural coastal barriers such as mangrove swamps, provide more suitable land and better infrastructure for the urban poor and install effective early warning systems.

These measures will keep many thousands of people alive who may otherwise perish. The UN is ready to help governments build preparedness at the country and regional levels. Donor nations need to fund disaster risk reduction and preparedness measures. Adaptation to climate change in particular means investing in systems for disaster reduction, preparedness and management.

The Chile and Haiti earthquakes showed us once again why action before disasters makes all the difference. To prevent natural hazards turning into disasters, we must all act sooner and act smarter.

Ban Ki-Moon is Secretary General of the United Nations