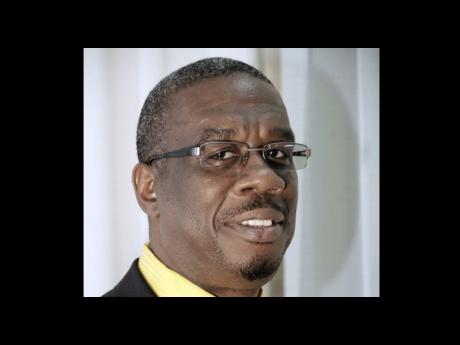 Gary Spaulding is a senior political and parliamentary journalist.

A series of inexcusable rulings by the Parliamentary Chair - the Speaker of the House of Representatives and President of the Senate - should be of considerable concern to a nation, in light of the frequent abominable conduct of some of our parliamentarians.

The President of the Senate and the Speaker of the House are empowered by Section 2 of the Standing Orders to regulate the conduct of business in all matters in the two chambers.

However, neither the President nor the Speaker appear to be au fait with the Standing Orders.

Notwithstanding their presence at duly convened sittings, inexcusable displays of incorrigible behaviour are never in short supply.

Decency and acceptable wit have been replaced by abusive verbal displays in the cut and thrust of debates.

Public criticisms and condemnations of the misconduct of parliamentarians are just as frequent.

Notwithstanding, the wanton disregard for the sanctity of Parliament persists.

Two and a half years ago, just after Delroy Chuck took up the job of Speaker, he referred a matter involving Finance Minister Audley Shaw and Opposition member Peter Bunting to the Ethics Committee of Parliament.

One may have felt constrained to forgive him at the time, given the fact that he was new to the post.

The matter was eventually referred to the Privileges Committee as the allegations concerned a member breaching his parliamentary privileges.

This is in keeping with Section 72 of the Standing Orders.

But tragically, the Speaker of the House continues to commit faux pax after faux pax.

How can Mr Chuck turn down a request for a divide vote by South West St Catherine MP Everald Warmington in the constituency boundary debate three weeks ago.

It was Mr Warmington's right as is the case of any member, under the Standing Orders, to call for a divide vote at the end of a debate.

No one can blame him for walking out when his parliamentary rights were being trampled on.

How can the Speaker attempt to prevent the Opposition member Dr Peter Phillips from raising matters in a debate on the resolution titled the UK/Jamaica Forfeiture Order.

Chuck attempted to prevent Dr Phillips from raising an issue which precipitated the Brady controversy, on the basis of relevance.

Members are allowed to make contributions to debates without interference from the Speaker or the President unless they ran afoul of the rules of Parliament in relation to speech.

Members' interventions in relation to Ministerial statements are treated differently.

Queries must seek clarification strictly on the statement presented by the Government Minister.

Accordingly, the Chair is empowered to rein in members inclined to raise issues beyond the limit of the Ministerial statement.

However, three weeks ago, President of the Senate Oswald Harding attempted to prevent Opposition members from raising questions after National Security Minister Senator Dwight Nelson, made a statement in response to the narcotics report out of the United States.

Attorney General and Justice Minister Senator Dorothy Lightbourne and Nelson informed the President that the Opposition must be allowed to ask questions.

To add fuel to fire, Harding failed to act decisively during a verbal tussle between Opposition Senator K.D. Knight and Lightbourne.

Knight, who was on his feet, described Lightbourne as "rude and stupid".

Mays states that: "Reference in debate must be courteous and abusive language and imputations of falsehood uttered by members have usually been met by immediate intervention from the Chair to compel the withdrawal of the offensive words or in default, by the punishment of suspension."

In our Parliament, the order of withdrawals of offensive statements sounds more like weak appeals and the punishment of suspension is non-existent.

I submit that poor rulings from the Chair can be provocative in a largely antagonistic atmosphere that has been generated by our divisive political culture.

Recall that some years ago, Edmund Bartlett ran off with the Parliamentary Mace because he was dissatisfied with the ruling of then deputy Speaker O.T Williams?

In the case of the urbane Oswald Harding, his rulings were inexplicable, given that he occupied the Chair in the 1980s.

However, Mr Chuck is a different matter.

By his oft-repeated pronouncements, he has been reminded by his colleagues of the days when his conduct was not above board.

Gary Spaulding is a senior political and parliamentary journalist. Send your feedback to columns@gleanerjm.com