Champs 100 - Celebrating the past, planning for the future 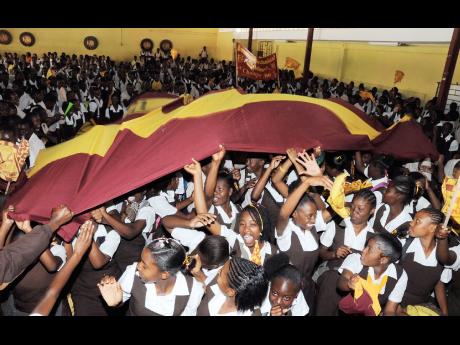 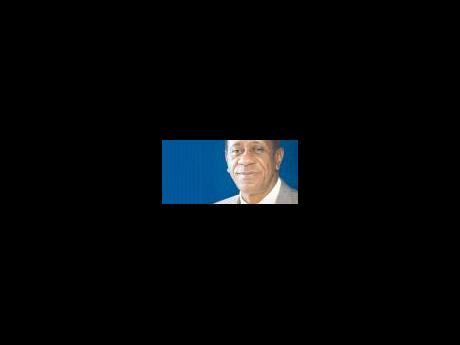 Jamaican history hardly affords a parallel to the sustained impact of the Inter-Secondary Schools Athletics Championships on the social life of Jamaicans. Between 1910 and 1930, it provided a platform on which young athletes competed for the honour of their schools.

Today, "We may disdain the old school tie ... but surely every old boy ... must feel an extra tinge of pride as he fingers the old blazer he wore as a boy, or sees his own son now in the colours of the old school."

In 1943, the impact of Champs began to be felt in the area of post-secondary education when Herb McKenley became the first schoolboy to win a track scholarship and opened the door of opportunity through which many an athlete would walk to tertiary education and professional qualification. As schools became more focused on winning, the recruitment process to secondary schools began to target youngsters with athletic prowess.

In 1948, Jamaica entered the Olympics and two outstanding performers at Champs, Arthur Wint and Herb McKenley, immediately transformed Jamaican athletics into a source of national pride by winning gold and silver medals in the 400 metres. When, thanks to both athletes, along with George Rhoden and Les Laing, Jamaica repeated its Olympic triumphs in 1952 at Helsinki, the headlines of the local newspaper proclaimed 'Jamaica beats the world'.

Since then, Jamaica has become a superpower in track and field and its feats on the track, particularly in Beijing and Berlin, have brought out an unprecedented outpouring of pride and self-confidence among all social classes.

More recently at Champs 100, after four days of intense competition before record-breaking crowds drawn from the national community, the diaspora, as well as the international athletics fraternity, the national consensus is that Champs is now the premier activity on Jamaica's social calendar and a social institution in its own right. The spike in hotel bookings and the demand for airline seats generated by Champs 100 demonstrates clearly the potential of track and field to become a major component in a viable tourism product in the capital city.

The expansion of the social base of Champs over the 100 years underscores its social impact. It began with six boys' schools which competed in the inaugural Champs of 1910. By 1960, when Champs celebrated its golden anniversary, the number of participating schools had increased to 20. That year, Excelsior, a co-educational school which had entered Champs for the first time in 1952, won the trophy. The 50 years since the twin processes of self-government and popular democracy have opened the floodgates to the 190 schools which now compete in the amalgamated boys and girls' Champs.

Unlike other areas of endeavour, quantity has not undermined quality. Indeed, it has strengthened it. Up to 2009, seven of the 11 records in Class One were held by athletes from schools which entered Champs after inde-pendence.

A Tale of Two Davids

No one watching the Wolmer's athletes perform and comport themselves over the four days of Champs could doubt that they were worthy champions and entirely deserving of victory. This triumph is all the more significant for the fact that Wolmer's is the most advanced boys' school along the road of transformation.

A decade ago, the old boys and parents decided that a school with such a proud history and record of achievement could not be allowed to degenerate any further. They began with a search for a headmaster with a capacity to provide the kind of transformational leadership required and the search ended with the appointment of David Myrie, an educator born in England of Jamaican parents. Today, Wolmer's is one of the most-sought-after boys' school in the Corporate Area.

Simultaneously, a group of Wolmer's old boys headed by another David, this one surnamed Riley, launched a project to win Champs in five years. We all witnessed the fruits of those efforts as the team captain, Dwayne Extol, lifted the trophy after leading his team to victory in the final event.

Significantly, Extol, like many of the other members of the Class-One team, is a sixth-former who is equally proficient on the academic side. As captain, he brought a refreshing generosity of spirit to the competition when he deliberately allowed his teammate to enjoy the thrill of victory in the Class-One 200 metres. What this shows is that the transformation process at Wolmer's is creating an environment in which the students are being moulded to respect the finest traditions of the school and to inculcate the core values upon which productive and cooperative citizenship is built.

Holmwood first came to athletic prominence after the educational reforms of 1958 modernised the curriculum of the vocational schools, as they were known then, to become feeders to the newly built College of Arts, Science and Technology (CAST). The government of the day had the foresight to plan for the labour needs at all levels of a rapidly expanding bauxite and manu-facturing sectors.

It was the boys who first took the spotlight. After failing to score a point in 1962, their first year at Champs, Holmwood, under the guidance of Copeland Samuels, came seventh in 1963 and produced their first star, Louis Morris, who came a close second to Lennox Miller (KC) in both the 100 and 220 yards, and second to Peter Morgan (JC) in the long jump. In 1964, Morris was the Class-One champion, and another Holmwood star emerged in the person of N.G. Peart, winning the Class-Two 880 yards and coming third in the 440. Holmwood had carved out their own niche at Boys' Champs.

In 2003, the Holmwood girls took the spotlight when they overthrew champions, Vere Technical, and held off a strong challenge from St Jago High School to win the trophy. This year, they rolled out their eighth consecutive victory, as coach Maurice Wilson established his claim as one of the all-time great schoolgirl coaches.

The lure of professionalism

A most notable feature of Champs 100 was the absence of three of the finest 17-year-old sprinters in Jamaica - Ramone McKenzie (Calabar), Dexter Lee (Herbert Morrison) and Nickel Ashmeade (St Jago). All three took the decision to forgo participation at Champs in order to become professionals. This trend had started in 1998 when Dwight Thomas (Calabar), after winning the 100, 200 and sprint hurdles in his first year in Class One, decided that he would go professional. After Champs 2007, Yohan Blake, the present record holder of both distances in classes One and Two, followed in the footsteps of Thomas.

These are momentous decisions for 17-year-olds to take and I can only hope they have the guidance required to take them through this very important stage of their lives. The evidence suggests that less than five per cent of those who run at Champs will make a good living from athletics. Where athletics provides the opportunity for education and training, it should be seized with both hands. After extended discussions with eminent sociologist Leahcim Semaj, I am convinced that this is a development in Jamaican athletics with far-reaching consequences and should be thoroughly studied.

In 1983, the IAAF finally woke up to the commercial possibilities and started the World Championships in Athletics, as well as the World Junior Championships. As track and field became more integrated into the global sports industry, it did not take long for athletes to see themselves primarily as "transnational global professionals who desire to maximise financial earnings within an attractive market and are motivated and guided by no other considerations".

Jamaica cannot afford athletics to follow in the footsteps of West Indies cricket, which dominated the international game for two decades, beginning in 1975, and then quickly dropped to the bottom of the ladder as the players quickly lost all sense of national pride and the capacity to play as a team.

The future of Class Three

Another area of athletics which needs investigation is the enormous waste of talent which comes with overload and consequent injury. For some time now, it has been argued that our Class-Three boys are being subjected to a training regime which imposes physical burdens which might be just too much for boys under 14 years of age. For those who contend that there is wisdom in early preparation, let me remind them that in 100 years of Champs only two Class-Three winners have gone on to medal at the Olympics. One was Arthur Wint and the other, Donald Quarrie.

In 1935, Norman Manley advanced the view that the Class-Three event should be eliminated, since it was "very harmful from an athletic point to bring youngsters under the age of 16 years into serious competitive training". The committee decided to seek medical advice, and although this advice was never made public, the Class-Three events were dropped from the programme in 1939.

In 1957, two Class-Three relays were restored and, beginning in 1964, individual events were again added. The mile is the latest event to be added to the Class-Three roster, which already includes the 100m, 200m, 400m, 800m, long jump, high jump and hurdles.

Over the last 40 years, there have been too many instances of Class Three champions who did not even make it to Class Two, much less Class One. Perhaps the most outstanding is Ali Watson of Calabar, who emerged in 1991 and won the 100m, 200m and 400m in record time. His 400m record still stands. He was carried off the field on a stretcher in Class Two and never ran again. We cannot afford to waste such talent.

The importance of track and field to Jamaica requires that we recruit our best minds to plan its development in an increasingly competitive globalised economy. Even as we salute the athletes, coaches, educators, old boys, sponsors and volunteers who have brought us thus far, we need to develop an appropriate strategic framework for the next 100 years.

Arnold Bertram is the author of a forthcoming publication, 'Jamaica on the Track - The Making of a Superpower in Track and Field Athletics'. Comments may be sent to redev.atb@gmail.com or columns@gleanerjm.com.