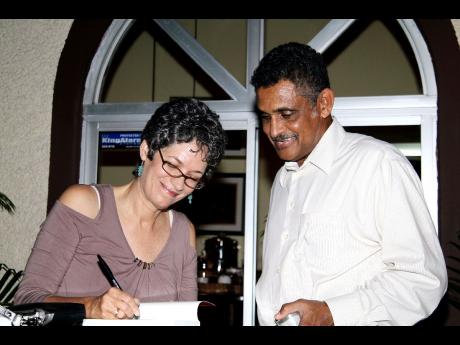 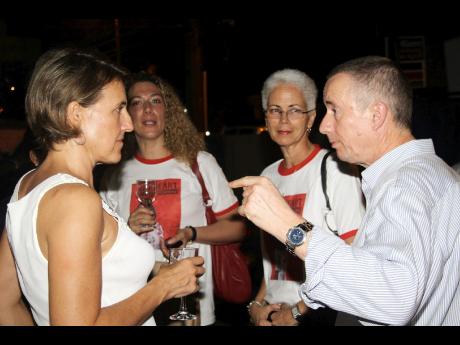 From left: Cynthia Hanworth, Judy Markes, Anna Kay von Dueszlen and Paul Hanworth in conversation at the launch of 'Dog-Heart' at Bookophilia on Friday, March 26. 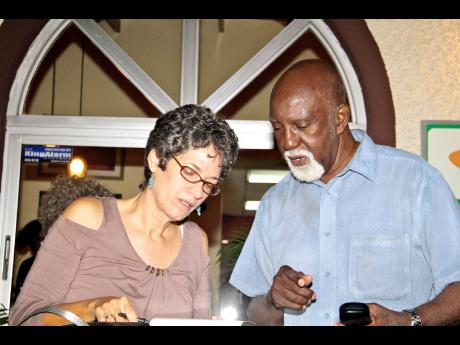 Jamaica is not a nation given to reading and writing. To emphasise this point, one constant joke is, "If you want to hide something from a Jamaican, place it in a book."

That might have obtained some time ago, but in recent years, Jamaicans have been indulging in all kinds of literary exploits, as more Jamaicans have been churning out more books. The society is not only maturing intellectually, it is also recognising its unique role in the overarching picture and gradually stepping up to the challenges that have beset us.

From as far back as one can recall, Kingston has been at the centre of its own literary renaissance, being home to a number of book clubs, promoting the art of reading. There have been many other clubs and associations whose sole purpose was the promotion of the literary arts through a network of friends and activities. These had their history in pre-Independence Drumblair, St Andrew, the seat of the intellectual and artistic classes that not only inspired many but also served as the cradle for the burgeoning cultural society that helped to fashion post-Independence Jamaica.

Since Drumblair, there has never been as organised an attempt to harness and channel the intellectual and cultural expressions and/or curiosity of the people. There have, however, been shining individual examples of the very rich pool of talent that goes largely untapped. This is the case with Jamaica's newest author, Diana McCaulay!

Better known as a very strong environmentalist, she is widely admired by friends and colleagues for having demonstrated the beliefs of her conviction. She walked away from a posh job in the corporate world at the top of her game to lead the fight to preserve the environment.

As chief executive officer of the Jamaica Environment Trust, McCaulay has locked horns with many big businesses and government bodies in her quest to maintain a sustainable environment for health and enjoyment. This fight she eloquently and efficiently executed and it was not long before she became the bane of the existence of those who cut corners at the expense of the environment.

It has been 10 years in the making, but McCaulay has turned yet another page in her life, and this time, the crusading conservationist can now add author to her list of achievements. Her first book, titled Dog-Heart, was launched on Friday, March 26 at a fabulous party and reception at Bookophilia, located at 92 Hope Road, St Andrew, to rave reviews and commendations. All guests had received advanced copies and came out to sing its praises, and how!

The launch itself was quite the social do as, with the weather being perfect, guests gathered in the 'courtyard' where they were treated to cocktails, compliments of 1820 Wines and a most pleasing suite of songs from the lovely and very talented musician and singer, Charmaine Lemonius.

The official programme saw Dr Rebecca Tortello Greenland providing guests with an overview, followed by an introduction of the author by High Court judge, Justice Dennis Morrison. McCaulay then gave select readings from her book to a most appreciative audience which hung on to her every word and applauded enthusiastically at the end. Questions followed, bringing further insight into the making of the author and the book. It was a beautiful outing and launch!

Dog-Heart makes for a most fascinating read as it tells the story of a meeting of the two social worlds in Jamaica and the consequences that make it not only accessible but begs the question just how much of the novel is non-fiction!