DOCTOR'S ADVICE - When is the best time to conceive? 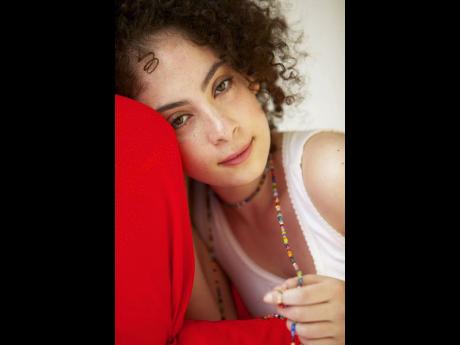 A. As a general rule, a woman's best chance of becoming pregnant will be around 14 days before her period is due. That is when ovulation (egg release from the ovary) mostly occurs.

It is usually helpful to count the first day of a period as Day One. So if a woman has a regular 28-day cycle, as in your case, ovulation day is often around Day 14.

In fact, when you have a 28-day cycle, it is common to conceive a baby between Day Nine and Day 19. Admittedly, pregnancies do occur before Day Nine. And they can sometimes happen after Day 19.

But the 'most fertile time' is generally from about the ninth to the 19th day. However, it is best to attempt to concentrate on ovulation day itself, and to have sex as often as possible at that time.

Some of the signs that indicate that ovulation day is occurring are:

With your regular cycle, it should be very simple for you to make a good guess as to your likely ovulation day, and have sex at about that time.

It becomes a bit more difficult for women who have irregular cycles. However, the signs I have mentioned above often help to indicate ovulation day. Women who are trying to get pregnant should get a calendar or diary, use it to make a careful note of which days they may have some bleeding, and note any symptoms, like stretchiness of the vaginal fluid, or pain in the abdomen.

After three or four months, this accurate record should be taken to a doctor. It can be used to make an estimate of when ovulation day is likely to be.  This record-keeping is particularly valuable to women in their 30s, when fertility starts to decline and ovulation may become a little irregular.

A.  Well, I have seen a lot of men who thought they were so big that no woman could ever accommodate them. In all the cases, they were wrong.  So I think it is unlikely that you are too big to have sex. In practice, the vagina has an extraordinary capacity to relax and expand when a woman is sexually aroused. Therefore, no matter how big you are, I feel sure that all will be well.

A. Generally, fluid coming from the vagina is not serious unless there is also one or more of the following symptoms:

It may be that all you are seeing is your partner's seminal fluid running out of you. But as with all cases in which there appears to be a discharge, the best answer is to get yourself examined by a doctor, so that a vaginal swab can be taken and sent to the lab to be tested. I wish you well.

A. Unfortunately, mumps does occasionally make a man infertile, but only if the infection attacks his testicles at the time.

That is a very painful experience, causing the testicles to swell up and become tender. If this happened when you were a teenager, you would remember it. The odds are that you are OK. But if you are worried, you could ask a doctor to arrange a sperm test for you.

A. Yes. The odds are that this was a genuine period, but brought on by the post-coital pill.  Please realise that you are running a serious risk by letting your partner have sex with you while not using any form of protection.

Pregnancy can and does occur from having intercourse on the last day of your period. You could also have contracted some germ from this man. The consequences could be serious.

If you are going to continue having sex, I urge you to use a condom every time. Clearly, you also need to find out more about how your body works.

A. No. I have encountered several men who thought that undergoing circumcision would somehow cure their premature ejaculation, but it did not!  There are some very good treatments available for PE, and to find out more, just Google the words 'premature' and 'ejaculation'. You can be cured. I wish you luck.

Email questions and comments to editor@gleanerjm.com. You can also read Doctor's Advice in the Saturday Gleaner.