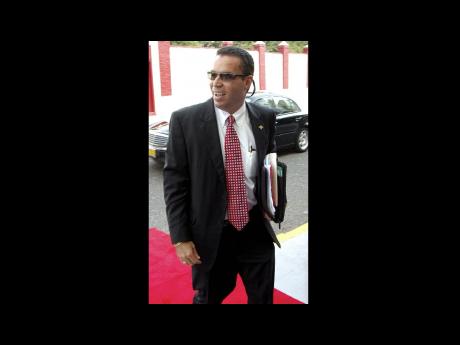 The Media Association Jamaica (MAJ) is in the dark about a proposal being considered by the Government to allow Chinese entities to start operating a radio and television station locally.

Almost one week after Information Minister Daryl Vaz made the announcement at the weekly post-Cabinet media briefing, there has been no official word from the Government to the MAJ on what is being proposed.

"It would be surprising having regard to where we are now and the number of radio and television stations operating that the Government would be in the process of establishing another one," Gary Allen, chairman of the MAJ, told The Gleaner yesterday.

"The MAJ is not sure what this Government's media policy is. We have requested details on the media policy and have been told that we would be advised, but so far that has not happened," Allen added.

With three free-to-air television stations, several cable stations and more than 20 radio stations, the local media landscape is considered crowded with most stations depending on advertising revenue to survive.

But Vaz told The Gleaner that it was not proposed that the Chinese entities would compete with the local free-to-air stations such as TVJ, CVM and Love TV for the advertising dollar.

"That is not yet worked out but it is unlikely," Vaz told The Gleaner yesterday.

He was responding to questions arising from his initial announcement at the post-Cabinet media briefing.

"The Cabinet has given approval for the pursuit of discussions in respect to a proposal received for cooperation between the Govern-ment of Jamaica and the Government of The People's Republic of China to transmit Chinese programmes over free-to-air radio and television stations," Vaz told the media briefing.

He said discussions were held at a ministerial level with a delegation from China Radio International and China Central Television on the possibility of establishing the stations.

"(This is) To promote Jamaica-China relations and to deepen the appreciation and understanding of Chinese culture," added Vaz.

The official relationship between Jamaica and China began in 1972 and has deepened since then with economic and technical co-operation in several areas.

Discussions were held with a delegation from China Radio International and China Central Television on the possibility of establishing stations locally.