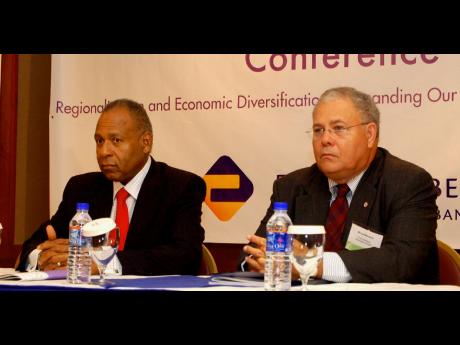 The Trinidad government has fired the board of a state agency that oversees billions of dollars in public construction and is the subject of a corruption probe.

Attorney General John Jeremie said the four-member board and senior staff at the Urban Development Corporation of Trinidad and Tobago, or UDECOTT, could face criminal investigations.

He made the announcement late Tuesday as he released a 500-page report detailing how the agency awarded contracts and procured services and materials for the construction of state buildings.

The investigative panel reviewed eight contracts awarded by UDECOTT and found the agency misused and manipulated the system in ways that led to inappropriate and potentially corrupt practices.

For example, the panel cited how documents for a US$139-million contract to build the Ministry of Legal Affairs Towers were received and sent from the personal fax machine of UDECOTT's previous chairman.

The panel also questioned why the cost of building a sports stadium and academy ballooned to US$116 million after an initial budget of US$46 million.

The still-unfinished stadium was supposed to host the 2007 Cricket World Cup.

The panel recommended that the government investigate the board and senior employees and issue a standard set of rules that all state agencies should follow when awarding contracts.

Government officials released the report a month after the agency's chairman, Calder Hart, resigned without explanation.

A new chairwoman has since been appointed.

Prime Minister Patrick Manning has faced mounting criticism for how the contracts were awarded, especially after firing a senior cabinet minister who questioned operations within UDECOTT.

Manning had firmly defended Hart. But he appointed the investigative panel after the opposition submitted information in Parliament about possible corruption within the agency.