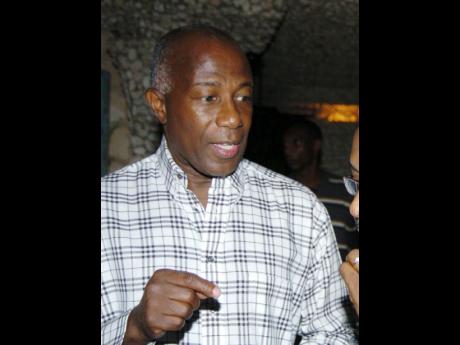 Attorney-at-law Harold Brady has failed to convince Solicitor General Douglas Leys that the American law firm Manatt, Phelps & Phillips had corrected the "false claim" that it had been contracted to represent the Jamaican Government.

Vaz was responding to a barrage of questions from journalists anxious for the latest information on the controversy which was sparked by Dr Peter Phillips, a senior opposition member of parliament.

Phillips last month raised questions about reports that the United States (US) law firm had been contracted by the Government to assist in the impasse surrounding the American's request for the extradition of west Kingston strongman Christopher 'Dudus' Coke.

Government and Brady denied the claims.

Under fire, Brady argued that the law firm had made a mistake when it filed documents with the US Department of Justice saying that it was contracted by his law firm, Harold Brady and Company, on behalf of the Jamaican Government.

According to Brady, this was corrected last year after he pointed out that he was acting on behalf of a private client.

But with the Opposition People's National Party not satisfied and a sceptical civil society demanding better information, the Government instructed Brady to submit proof of the correction to the solicitor general.

After going through the documents submitted by Brady, the solicitor general returned them to the Cabinet indicating that he was not convinced.

"What the Government is saying is that, based on what documentation has been provided to the solicitor general, it shows nowhere that (the company's claim that it was representing the Government) has been corrected although Mr Brady admitted that it was a mistake," Vaz said.

"It is not clear to us in the documentation that has been provided, and that is what has forced the Government to write and state unequivocally that Mr Brady had no instructions, no retention, nothing," Vaz added, despite a recent claim from Manatt that it stopped working for the Government of Jamaica in February.

He said senior minister and general secretary of the Jamaica Labour Party, Karl Samuda, has been mandated by the Cabinet to take charge of the Government's response to the allegations.

"Because, obviously, this matter has implications both ways," Vaz said.

In the meantime, Vaz hinted that he and other government officials could take legal action against persons who have gone public with allegations that an official of Manatt travelled to Jamaica and met with three Cabinet members at Jamaica House.

Vaz provided copies of the two visitors' log books at Jamaica House and invited journalists to search for any indication that a Manatt official had visited.

He also pointed journalists to the Passport, Immigration and Citizen Agency to check if any Manatt official had entered the country.