Recession slows but many hurdles remain 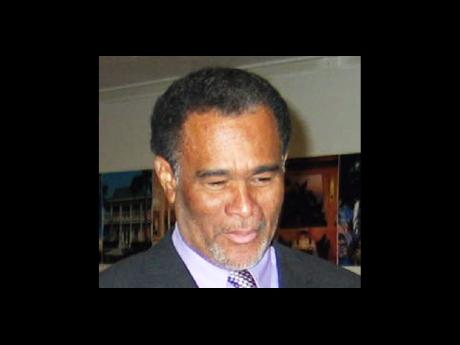 A year ago, leading economists were fearful that the global economy was sliding into a great depression triggered by the free-fall in financial markets and credit crunch that was suffocating businesses. In the last two months, however, evidence of a turnaround has become more pronounced, with most countries reporting statistics that show their economies have stabilised. Nearly all advanced countries are moving out of recession, momentum is building up in the United States (US), and growth in the major developing economies is accelerating.

Americans who have been hit by the steepest plunge in employment for over a quarter century, which has cast a mood of pessimism and spurred the birth of anti-government groups like the 'Tea Party', have recently received a series of encouraging economic reports. After consecutive months of massive job losses, the latest labour market survey revealed net new jobs of over 160,000 for March, and that 1.1 million new jobs in total were created in the first quarter of this year, the best in five years. Reactions to this report have been positive, but there is a feeling of muted exuberance because of the huge pool of unemployed, the largest in decades, and an unemployment rate that still stands at just under 10 per cent.

Nonetheless, consumer spending, which is the driver of economic growth in the US, also showed strong gains in March, with retail sales climbing by 9.1 per cent over the corresponding period of 2009. Even allowing for the fact that March 2009 was the height of the recession, this data is perhaps an indication that US consumer psychology is turning the corner. An important consequence of this is that merchants who had cut inventories drastically when sales weakened last year will now begin to increase orders for new merchandise, and this is likely to stoke a resurgence in production.

With the rebound in the US stock market, the strongest on record, and the resulting substantial recovery in the values of their retirement accounts, Americans are feeling better about making discretionary purchases, and this is reflected in improving sales of consumer durables, furniture, and even automobiles. On the corporate side, investment in new equipment is "coming back in a fairly substantial way" as was recently noted by Alan Greenspan, the former chairman of the Federal Reserve. Improvement in the US job market, increased retail sales, and the stepping up of orders for inventory building have convinced him that the recovery will gather pace in the coming months.

Given the local economic pressures, Jamaicans are wont to interpret the signs of US economic recovery as offering hope of an easing of the downturn that began early last year with the fallout in the bauxite industry, declining remittances, and discounting in the tourism sector. In particular, the signs of revival in consumers' mood for spending could presage an uptick in US outbound travel, especially to nearby destinations, such as the Caribbean, that would fall within consumers' still-tight budgets. Local tourist industry interests should be aware, however, that the typical bumpiness associated with recovery from deep recessions will temper the pace of the upturn in the travel market.

Remittances, too, could stabilise as the US job market improves, particularly in areas that are home to the Jamaican diaspora. We should not contemplate that the loss in these inflows will be recouped in the short term, considering that the unemployment level is expected to remain stubbornly high for some time. Bank of Jamaica data for the first two months of 2010 does show, however, that total remittance inflows increased by 4.4 per cent.

The recovery that is under way in most economies notwithstanding, the aftermath of the financial crisis has brought spiralling fiscal deficits and sovereign debt levels not seen since the end of World War II. In the US, Britain, and several other leading economies, fiscal deficits are running in double digits, which are being funded by heavy borrowing from capital markets, while central banks have resorted to printing, or monetary stimulus to rescue the financial system.

For the most part, investors have been prepared to lend to governments at the current record low interest rates since the demand for credit from the private sector had slumped. As private-sector borrowers re-enter, the markets pressures will increase on governments to move interest rates up, which will, in turn, increase the burden of servicing public debt. In other words, investors will start demanding much higher returns for holding increasingly large stocks of public debt.

We, in Jamaica have experienced the weight of escalating debt burden from the financial sector bailout of the 1990s. Higher debt levels led to higher interest rates, which then led to even higher debt levels - compound interest spiral. Combined with exchange-rate speculation, this was to raise Jamaica's debt-servicing costs to unsustainable levels by the end of 2008. Currently, there is increasing risk that the debt problems of some European countries, the so-called PIGS (Portugal, Ireland, Greece, Spain) could plunge financial markets into a new round of destabilisation.

Whereas the foreign debts of Brazil, Mexico, and Argentina posed the greatest threat to financial markets in the 1970s, '80s and '90s, it is now the situation with Greece's debt-ridden economy that is shaking confidence in financial markets globally, and especially in Europe, because of the fears of default even after an European Union-International Monetary Fund financing programme. It is increasingly obvious that fairly austere tax and expenditure measures are not far away if the threat from the run-up in fiscal deficits and public debt in major western economies are to be forestalled.