Who they have met: Nancy McLean 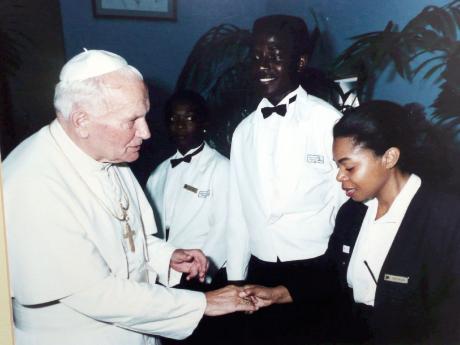 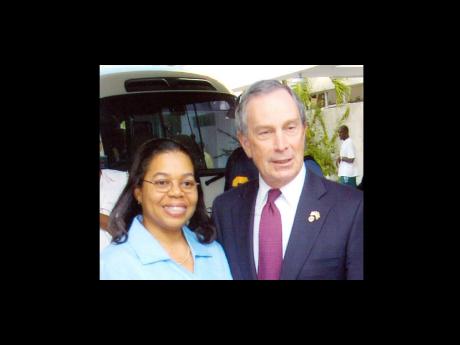 Nancy McLean and New York Mayor Michael Bloomberg, whom she never thought she would have met. 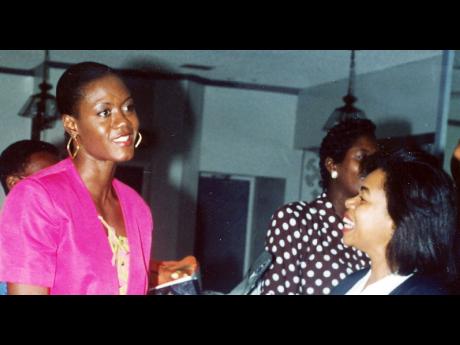 Nancy McLean (right) is a big sports fan, so meeting Merlene Ottey (pictured), Usain Bolt and Pelé was a plus. 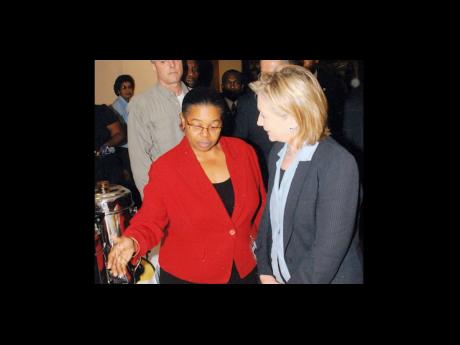 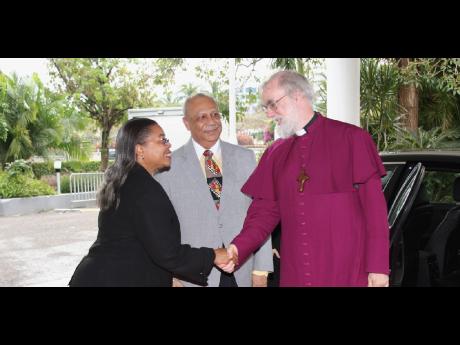 Like meeting the Pope, shaking hands with Archbishop of Canterbury Dr Rowan Williams was memorable for Nancy McLean, who notes that what stood out was the humility of both men. Eldon Bremner, general manager of the hotel, shares the moment. 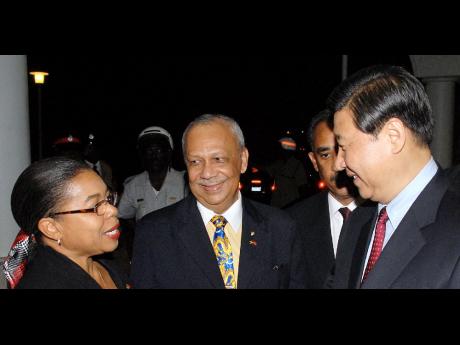 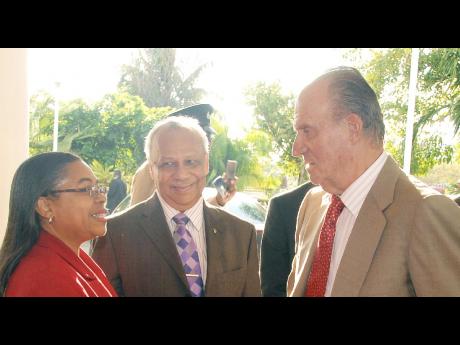 Although she spent more time with Queen Sofia, meeting King Juan Carlos of Spain was also special for Nancy McLean.
1
2
3
4
5
6
7

Welcome to our new fortnightly feature, Who They Have Met. If you or anyone you know have met at least 10 interesting internationally famous personalities in the course of time, let us know by emailing lifestyle@gleanerjm.com. You must supply proof with pictures.

We begin the series with The Jamaica Pegasus hotel's Nancy McLean, manager of the Corporate Area landmark. She has been fortunate to meet people like Her Majesty Queen Elizabeth II of England; the late Pope John Paul II, Winnie and Nelson Mandela, Maya Angelou, Luciano Pavarotti, Fidel Castro, Louis Farrakhan and scores more.

Today, we highlight some of the more memorable ones.

McLean has met Queen Elizabeth II twice. For the second and more interestingof the visits in 2002, McLean and her staffwere responsible for the monarch's meals during her stay atKing's House. "She was just as I thought - a calm, sophisticated, very warm person." After her superb management of the visit, McLean received an autographed photograph of the royal couple, along with a letter of thanks.

Of Pope John Paul II, she thought, "It's a sacred feeling you get. It's a humility you feel, more than anything. I can't describe it, He's one of those persons who reach out to the world."

McLean describes meeting current United States Secretary of State Hillary Clinton this way: "She is great, and it's one of my greatest pleasures to have met her.I've always wanted to meet her, having followed her career all the way. She is a tower of strength."

After the January 12 earthquake in Haiti, Clinton made a brief stop over to meet with Prime Minister Bruce Golding. After the meeting, McLean invited Clinton for refreshment - June plum juice interested her. She had never had it before, and thoroughly it.

"She was a very pleasant, lovely lady, always smiling. She seemed very approachable."

McLean was thrilled to meet famed tenor Luciano Pavarotti when he performed here in the late '90s. "I remember him sitting on the patio at King's House. His accent was very thick. You watch him on television but to be in his presence is something else."

McLean has met the Earl of Wessex, Prince Edward, on more than one occasion. The prince occasionally visits the island to participate in the Duke of Edinburgh's Awards ceremonyin his capacity as international trustee of the Duke of Edinburgh's Award International Association. Sometimes the ceremony is held at The Jamaica Pegasus or King's House. "Prince is a people person, very approachable."

"He was just passing through with the mayor of Kingston (Desmond McKenzie) and I greeted him. I knew of him from keeping abreast of international affairs but not someone I thought I would have met."

"The Chinese are very meticulous. We went through a lot of preparation work and a lot of detail." They brought their own chef, while the Jamaica Pegasus dealt with the Jamaican aspect of things.

McLean is a big sports fan and has met Merlene Ottey and Usain Bolt, whom she describes as "a very humble person, very nice chap", and football great, Pelé.

Farrakhan, Castro and others

Louis Farrakhan - "It was very interesting meeting Farrakhan. I had the chance to have audience with him. He's so controversial and interesting so anyone would want to meet him."

Fidel Castro - "I grew up hearing so many negatives about him. I met him twice."

"The opportunity to not only be in the midst of these great leaders but when you listen to them make their presentation, you learn who they really are. Castro is eloquent and brilliant. When he speaks, you stand up and listen to him."

So who else would she love to meet? President Obama, tennis greats Roger Federerand Rafael Nadal, and tenor Sandro Botticelli.