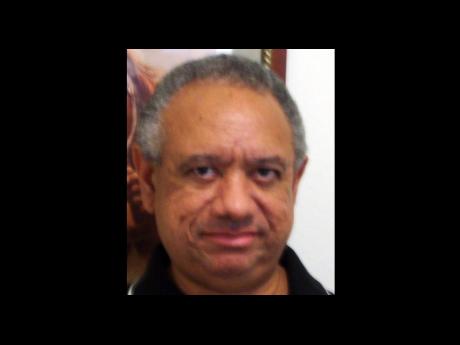 For 50 years I never applied for a United States (US) visa. Apart from New Orleans which, in my opinion, is a part of the United States in geography only, there's no place there of interest to me. Then, my eldest son chose to attend an expensive college in upstate New York and The Old Ball and Chain was off and running: "Suppose, there's an emergency?" she began and didn't take kindly to my reminder that we didn't own an ambulance.

"Well, what about his graduation?" queried Old B.C., having already booked hotel rooms for about 150 before the infant began his first semester. "I didn't attend my own graduations, why on earth would I go to his?" also didn't go down well with the morning w(h)ine and so she went on and on until I found myself, two weeks after the September 11, 2001 terrorist attacks, in a line at the US embassy waiting to be interviewed.

I succumbed to Old B.C.'s nagging mainly because of my confidence that the recent tragedy meant no new visas. My confidence grew as I inched forward in the line while every applicant before me was summarily rejected. Old B.C. had accompanied me to the embassy in a desperate attempt to restrain my tendency to offend or to impatiently turn on my heel and bolt as I've done at many public places, including most restaurants, retail outlets, doctors' and finance ministers' offices. Security guards need only ask a question perceived offensive (e.g., "what's your name?") for me to disappear. So, she considered it a major victory when we arrived as far as the interview window.

The polite young lady doing the interview had my uninformative application form before her:

"How much money do you have in

your wallet?" she began.

"Well, can I see a business card?"

"I don't own one of those either," equally

"Well, then," she implored, "how am I to know that you're really a lawyer?" At that point, I felt Old B.C. tense up beside me as she expected my standard reply "you could check with the General Legal Council" or some such feistiness. Instead, to her relief, I only said "beats me."

"At least you should be able to tell me

about your latest case in court," she tried

of property dispute between a divorcing

"What was the result?" she asked me.

"The usual," I replied. "The other side asked for a postponement. The judge (now deceased) wanted to go for a swim so adjourned it." After she got up from the floor where she'd been rolling around laughing, she said "please wait in that room" and, 15 minutes later, I was the not-so-proud holder of a 10-year visa.

"Time get a little hard

'im haffe come back a yard."

I've never used that visa and have no doubt that, when it expires, it won't be renewed as US authorities don't take kindly to their largesse being under-appreciated. I have a similar attitude to my much hyped 'right to vote', which I've also never used because it's also overrated and currently ineffective. My first vote will be cast when the menu includes constitutional rules to harness the power of those seeking my vote. Until then, I'll conti-nue to take pride in being accused by my friend Derrick Smith of favouring the People's National Party (PNP) and by my friend Errol 'Jiggs' Ennis of favouring the Jamaica Labour Party. Jiggs, when he was a perennial minister of state, frequently said that he didn't mind how many times I criticised his government in writing so long as I never called a radio talk show. I took that as an admission that successive governments, including his, had abandoned our citizens' educational needs.

(I mean it) I'll never leave you again.

Jamaica, you are the land of my birth

(I love you) I'll never leave you again."

So, with help from Ras Karbi whose lyrics are quoted here, readers can assign whatever motive they think best to my opinions but neither of local political bias nor lust for a US visa will make the cut. See if you can discern my true motive.