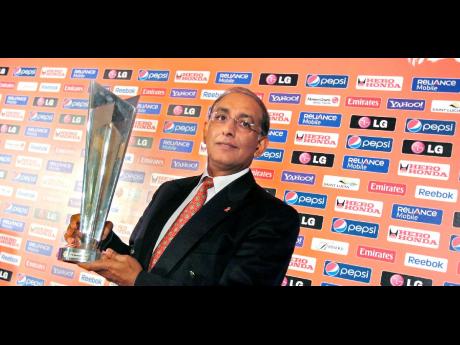 International Cricket Council (ICC) chief executive, Haroon Lorgat, believes the Test and 50-over formats will continue to flourish despite the rapid growth of the Twenty20 form.

Speaking as the World Twenty20 Championship Trophy was unveiled here yesterday, Lorgat said the challenge before the world's governing body for the game was in managing the various formats carefully.

"There is no question about the popularity of Twenty20 cricket," Lorgat said.

"Its popularity has gone beyond expectations, but other formats are also popular. There was a lot of negativity around the other formats, but in the last 12-18 months we have seen some fascinating 50-over games.

"When Sachin Tendulkar scored 200 (against South Africa), most people were of the view that 50-over cricket would definitely survive."

He added: "We have also seen some great Test matches being played in this period. What is important is how we manage the formats."

West Indies will play hosts to the third edition of the World T20 Championship starting later this month when 12 teams clash across four zones.

The tournament comes just a year after the second one which was staged in England last year and won by Pakistan.

"The fact that it is the third T20 World Cup in four years is a bit of an anomaly. We are trying to rectify the scheduling and set it right," Lorgat pointed out.

The tournament will run from April 30 to May 16 and comes immediately after the cash-rich Indian Premier League which wraps up in India on April 25.

With player burn-out a worry for many countries, Lorgat said he believed the IPL would actually be a fillip for players.

"The World Cup in England last year came immediately after the IPL. But it was extremely successful. We saw a full house at all the venues. I think the IPL is a great forerunner to the World Cup," he said.

"Players are in the T20 mode and we are hopeful of an equally successful World Cup this time around."