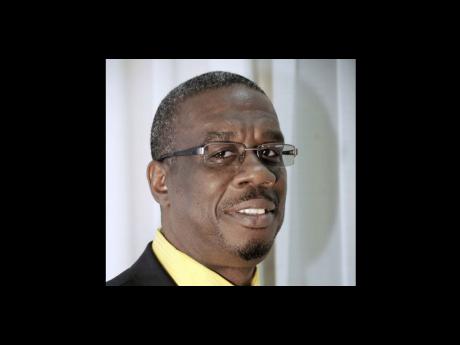 The latest round of debate raging in the public arena on the conduct of parliamentarians has highlighted glaring leadership deficits not just from the Chair, but at various levels within the Chamber.

The debate has served to magnify the urgent need for senior parliamentarians to lead the way in bringing back some respectability to the nation's Parliament.

Both the Government and Opposition seem to be less than keen, however, to tidy up the mess. Decorum does not signify an absence of robust debate. Indeed Parliamen-tary sittings would be unspeakably boring without energetic intellectual exchange, flavoured by sharp wit and repartees.

Over the past two decades, parliamentarians such as Edward Seaga, P.J. Patterson, Carl Miller, Omar Davies, Bruce Golding and K.D. Knight were masterful on the floor. The exchanges between Messrs Patterson and Seaga were wonderful to witness and reporters would watch in gleeful anticipation to see who would emerge victor on a given day.

That was when intellectual exchanges, not verbal attacks were treasured.

Offensive words and scathing attacks on the character of members were few and far between.

Sotto voce comments elicited spontaneous laughter because they were genuinely funny. Senator Knight, a parliamentarian since February 1989, can be most charming, with a witty tongue to boot. Smooth, suave and mentally alert, he has been a favourite when he is on the floor and in one of his jovial moods. Knight has emerged as a most fascinating politician with a delightful sense of humour that enhances the flavour of exchanges in Parliament. But he can be just as feisty if provoked. Quite a few Parliamentarians have been victims of his acerbic tongue, for some reason though, not as much as Senator Lightbourne.

There is no doubt that Senator Knight is au fait with the Standing Orders of Parliament. So were Messrs Seaga and Patterson as is Golding, who in former years, would diligently pore over the law books at every turn.

These activities seem to be a thing of the past.

Today, many parliamentarians seem to be unaware that they should not stand to participate in parliamentary activities when another person in on the floor.

MPs frequently flout the Standing Orders by referring to another member by name instead of the constituency they represent. Members, by their actions, do not even realise that they should always address the Chair, not another member.

There is an urgent need for persons with knowledge to lead in Parliament.

Lead from the front

With his experience, his knowledge and his command of language, Senator Knight, who has the venerable A.J. Nicholson seated beside him, should lead from the front.

The Senate, once respected for high quality debates and a general decorum, is a shadow of itself. This paucity of knowledge of the Standing Orders and parliamentary procedures was amply demonstrated in the political shenanigans that led to Knight's suspension from the Senate.

The government side of the Senate brazenly usurped the powers of the president by moving, (tabling) debating and passing a motion to have Senator Knight suspended on the same day at the same sitting.

The president of the Senate, Oswald Harding should have used his authority to hand down a ruling and not rely on the Senate to make a decision for him at a later sitting.

The explanation proffered late last week by Lightbourne, and leader of government business, an experienced senator herself, continues to raise eyebrows. She argued that her side had pushed for Knight's suspension because he had refused to accede to the president's order to withdraw the statement.

But this has simply served to muddy the waters even more. The president has the power to enforce what he perceives to be the rule of Parliament instead of relying on the senators in such a fashion. Will the government side be seeking in the future to suspend each senator who disagrees with the ruling of the president?

Gary Spaulding is a senior political and parliamentary journalist. Feedback may be sent to columns@gleanerjm.com