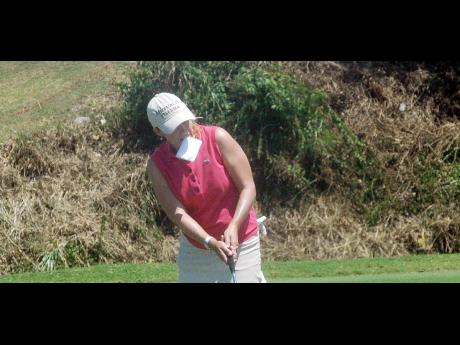 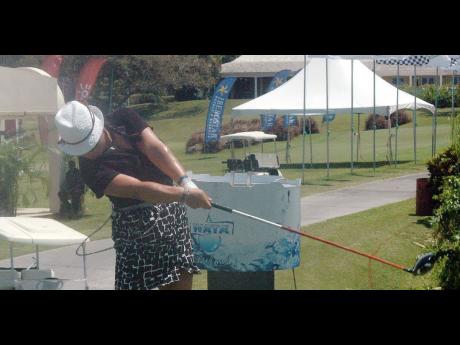 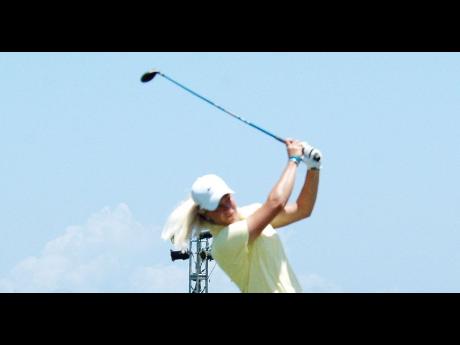 With the introductory two-day Pro-Am phase now over, the inaugural two-day Ladies Professional Golf Association (LPGA) Mojo 6 Raceway Golf Tournament will unfold at the scenic Cinnamon Hill Golf Course in Rose Hall, Montego Bay, this morning, with 16 of the top female golfers in the world vying for a cool J$1 million.

"The players are all happy and in good spirits heading into the tournament," said Joy Stephenson, president of Mojo 6.

"It should be a fantastic tournament and it should go a long way in establishing Jamaica as a top golfing destination."

The Mojo 6 tournament, described as golf's equivalent of cricket's Twenty/20 and netball's 'fast net', is a new, unique golfing format that preserves the fundamentals of the game, while adding cumulative scoring and the opportunity to choose your opponent as special features.

It is played over two days and features 30 six-hole matches in 30 hours.

The event, the first top-flight golf tournament to be staged in Jamaica since the Tryall Golf Course in Hanover, played host to the Johnnie Walker World Golf Championship between 1991-95, is expected to ultimately become a major plank in the Government's bid to establish Jamaica as lucrative sports tourism destination.

"We see this as an absolutely wonderful way to strengthen our sports tourism product and give people a chance of enjoying a thrilling Jamaican experience," stated Olivia 'Babsy' Grange, the Minister of Youth, Culture and Sports, when the tournament was announced last year.

Based on the attitude of the players as they familiarised themselves with the course during the Pro-Am Tournament, it should be a ding-dong battle for the prize money between players like 11-time LPGA champion Cristie Kerr, two-time champion, the affable Christina Kim and last year's LPGA champion, Suzann Pettersen.

"I really love the format," said Kim, "We will be competing on the same six holes throughout the tournament, but the hole set-up will change after each round so it should be both exciting and challenging."

On today's first day, each golfer has three separate six-hole matches to accumulate points and establish a 'Day One' ranking from 1-16. The top eight golfers will advance to tomorrow's 'Championship Day', which will feature a single elimination format to determine the ultimate champion.

This part of the tournament, which the organisers described as the sprint version to the traditionat 18-hole format, will be aired to a worldwide television audience via CBS television network.