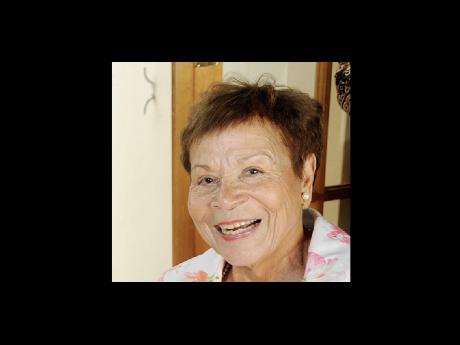 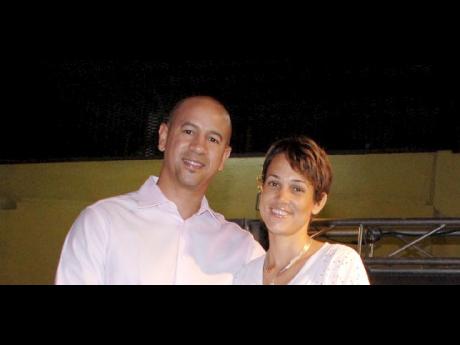 Oh what a fabulous week that was! First, there was last Saturday's smasheroni of a 75th birthday party celebration for former Prime Minister P.J. Patterson, hosted in Ocho Rios. People are still talking about it, but more on Sunday!

Then the entire north coast was cooking like a cauldron as everyone was partying up a storm! Little wonder here, as with the corporate area and its affluent neighbourhoods suffering from severe water restrictions, many of the well-to-do are finding it far easier to just dash for the coast, if not to party, then to certainly avail themselves of the new luxury - water!

Songbird Charmaine Limonius will celebrate her special day on the 20th, as will oenophile Denzie Sinclair. The charming Pauline Porteous celebrates on the 21st, with the partying slated for London, England; as will Julie Dixon, who will be partying in Manchester in the United Kingdom; and the charming Millicent Peart will be celebrating in Kingston. La grande dame Gloria Moodie will celebrate her birthday next Thursday, as will media and public relations practitioner Rohan Powell.

Next Friday will see the lovely Carol Campbell, antique dealer Wayne Nasralla, and wife of the former head of the International Seabed Authority, the charmingly lovely Zarine Nandan, all celebrating.

Belated wishes to the lovely Deirdre Ewart, Joe Adduci and Lennie Chin who all celebrated on Thursday, April 8. Sharon McConnell-Feanny of Shakti fame, Mr Salsa himself, Keith Anthony Cousins and Sandra Barrett all celebrated on April 9. The lovely Grace Silvera of the JCDC celebrated her birthday on April 11. The fabulous Shaka Spagnoletti, formerly of Hedonism II and now of Bealeton, Vancouver; the lovely Kathryn Wong-Crooks of Hamilton, Ontario; and Nathan Bird of Montego Bay celebrated on the 13th. Jesus Silva, the spanish ambassador to Jamaica, celebrated on Wednesday, April 14. And celebrated photographer Paul Levy celebrated his birthday in Miami yesterday, as did the absolutely fabulous Elise Kelly. Champagne wishes all around with beluga treats!

And speaking of beautiful people and places, congrats to Zachary and Tamara Harding, who celebrated their 14th wedding anniversary on Monday. Many happy returns to the fab couple! And congrats also to advertising dynamo, bon vivant and leading 'a-crowder' Robert MacMillan, the honorary consul of Iceland, who was elected the new dean of the Consular Corps of Jamaica, succeeding William Tavares-Finson to the post at the last annual general meeting of the corps, held at the tres chic Spanish Court Hotel last week.

And speaking of fabulous weddings, people are still talking about the absolutely show-stopper of a wedding that Vinay Walia and his love, Sidjae Robinson, hosted two Saturdays ago. And our best wishes to social empress Ruby Martin as she convalesces.

There's never a dull moment, so walk good, y'all!