Peter Fraser, vigorous in his vocation 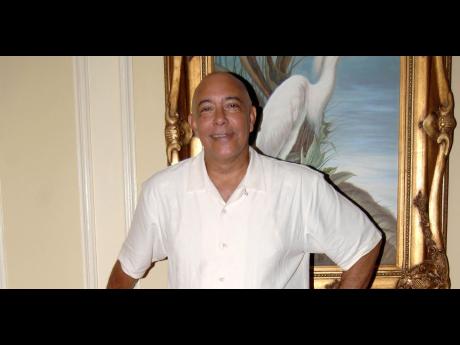 Peter Fraser inside the French restaurant at Royal Plantation.- Photo by Barbara Ellington 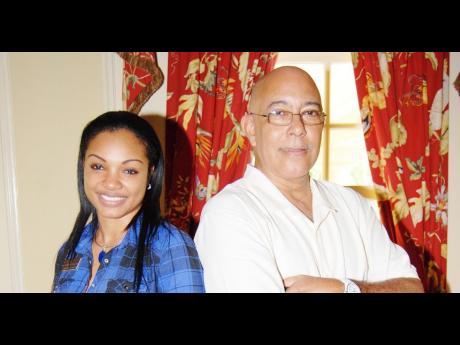 He's the consummate host, the kind of man who comes to mind when you hear the word 'debonair', so it's no wonder he's in the hospitality business. He's Peter Fraser, general manager of Royal Plantation Ocho Rios and Outlook spoke with him on a recent visit to the upscale resort that is the crown jewel under Sandals Resorts International management.

For more than 30 years Fraser has been regarded internationally as one on the best hoteliers in the business. And he has maintained the reputation for excellence since taking the helm at Royal Plantation in 2004.

It is not surprising that Fraser does the job so well - seems he was born to be in the hospitality business, as he admits to being a frustrated chef. If he were not in hotels, he'd be a restaurateur. "I love to cook, and I am constantly experimenting with fruits and foods and it is hard for a chef to survive around me if he's not great," he said.

To help maintain high standards in the kitchen, Fraser now has two members of his culinary team on scholarship as they pursue the Culinary Institute of America (CIA) course at the Human Employment and Resource Training (HEART).

"It is a good course; there is no substitute for quality, and we have the raw talent here in Jamaica," Fraser said.

As someone who loves a challenge, Fraser says he rises early to meet each day's challenges. Typically, he is on the move and out for his morning walk on the beach by six. This is followed by 'dinner' at 7:30 and a full day's work from 8 a.m. to 5:30 p.m.. Most days he's back at the hotel by 7 p.m. meeting and mingling with guests, but Sundays are his. It is on these special days that he experiments with dishes to entertain family and close friends.

"For me, this is not a career, it's a vocation. The key is getting the right people around you Fraser said, with evident enthusiasm about his work. And he has a reliable staff behind him. To sweeten their labour, the hotel invests in at least 120 hours of on-the-job training for all staff each year. Training is at all levels and staff know they are expected to give 180 per cent excellence in service, 100 per cent of the time.

"It's what I call the wow factor and that is why there are some recent initiatives that we are proud of."

One such initiative is the seven-month-old butler service. This team ensures that all guests want for nothing. Jamaica's tourism has grown from its early beginnings and at Royal Plantation, the aim is to stay ahead of the game. No longer is the guest to Jamaica coming for only sun and beach - they want a more complete experience, and they also have several choices. "Jamaica is still a very nice place, with many warm people, and they are our best resource." Fraser said.

Asked about the state of our product and pace at which it is being developed, he offered this explanation. "At this stage, we should be doing more business with places like Brazil and Latin America. It is so much closer than European destinations. We should also be teaching Spanish in schools so we can be in step with the times."

Fraser reflected on the differences that characterised the various eras in our local tourism industry as follows: The discovery of the product in the '50s and '60s when Portland was the place to be and Jamaica attracted some of the world's mega wealthy and very high-net worth guests. The '70s saw the dawn of package deals for travellers and the '80s ushered in the all-inclusive concept when guests did not have to leave the properties at all. Everything, including shopping, was brought on property for them. About the same time, Jamaicans began to take vacations at home and they expected the same treatment in the hotels that foreigners got.

Looking at the development of the industry from its genesis to the present, it was relatively late in the day when hospitality courses were being taught in schools, hence the importance of tourism to the economy is still lost on many, Fraser pointed out.

He further noted that it is not fully in the national consciousness that it is our lifeblood. "We have embraced tourism and it's here to stay, it has grown but there is still work to be done," he said.

Looking back to the old days at The Jamaica Pegasus' Talk of the Town, the Kingstonian said having lived in the country so long, he loves it and has no desire to return to the city.

1 A full-service spa that makes you forget the cares of the world; it is open to the public.

2 French cuisine in the main restaurant; make booking and come for a night out.

4 This is not an all-inclusive hotel but there are occasional special Sunday brunches (such as Easter) and the gift shop is open to the public too. Special discounts are offered to locals.