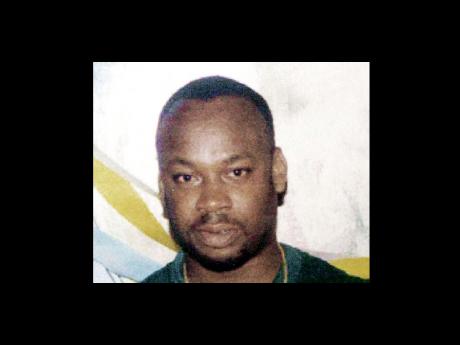 Four hundred thousand dollars is not a large sum of money in Washington, DC. It is not a lot of money to pay a DC lobbying firm, even if it is one as prestigious as Manatt, Phelps and Phillips. On any other day, and from any other source, US$400,000 would mean very little. That the Jamaican Government is, according to reports, the beneficiary of the lobbying, however, if not necessarily the source of funding, is another matter altogether.

The Christopher 'Dudus' Coke extradition matter, which has quickly become a significant international scandal, has turned into a scarlet letter for the Jamaican Government, and the notion that someone from Jamaica would spend US$400,000 to effectively attempt to keep an alleged drug dealer in the country is not just futile, as Washington has seemed to make clear, but a troubling sign for the future of Jamaica-US relations. Tension has only been inflamed by last week's Washington Post article. Some have called for a grand jury investigation of the matter, and there are reports that the United States is investigating Jamaican officials in the same. But why have a grand jury investigation?

The extradition treaty Jamaica signed with the US in 1983 was billed as the first modern extradition treaty between the US and a Caribbean nation and imposes obligations, not mere suggestions. The obligation to extradite arises in two scenarios. One, if a state charges someone of the other state with an extraditable offence. Or, as here, if the offence is allegedly committed outside the borders of the requesting state (here, the US), the requested state shall (as in must) grant extradition if jurisdiction exists in both states for such a crime. The terms of the treaty are clear.

To be sure, whenever a country exercises its power beyond its borders - under the doctrine of extraterritorial jurisdiction - it should not be done so lightly. But when reportedly 70 per cent of the drugs that arrive in the United States are coming through Jamaica, the argument that insufficient contacts exist with the US is unpersuasive. And the Coke indictment alleges high-level distribution and firearms charges. Further, there are reports that Jamaican officials crossed the ocean to visit US officials regarding the Manatt lobbying.

There are arguments, too, that evidence supporting the indictment was taken in violation of Jamaican law - but, while legitimate, they are not compelling. If there were real concerns about Mr Coke's alleged activities within Jamaica, that country would find a way to acquire evidence using means it deems within the law. But there simply is no real concern - and now, the US is stepping in.

But the extradition is about more than Mr Coke. A Caribbean nation like Jamaica that depends so much on the goodwill of its neighbours as a heavily tourist-dependent country, does not have sufficient stored political capital to defy the US in such a manner. If the Jamaican Government were simply not being friendly to the US, it would be forgettable. If it were to explicitly violate the terms of a high-level extradition treaty, however, then that would be a high-profile mistake.

A grand jury investigation must move forward, of both Mr Coke and those involved in the lobbying matter. And as for officials potentially involved, US action would not be without precedent. One must only look to United States v. Saunders, where DEA agents arrested three officials of the government of The Turks and Caicos on charges of conspiracy to import and distribute cocaine.

The object of this entire proceeding is to remove Mr Coke from Jamaica. It is not an easy thing when an entire neighbourhood of a country's capital city is ruled by its own militia, within its own walled stronghold. But countries must act boldly on behalf of their people, not reluctantly. The Government of Jamaica has spent far too much time dragging its feet and lobbying the US government, and not enough doing the grunt work to make itself a safer country, and move where it belongs - into good standing in the community of nations.