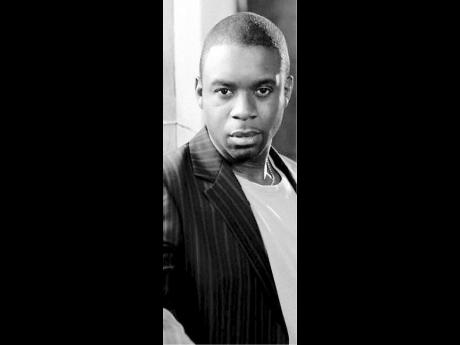 The new film, Disoriented Generation, was recently released in Britain. Independently financed by British actor Wil Johnson, who also stars in the film, along with writer-director Christian Ashaiku, the film follows the life of Ishmael, a young Nigerian man living in London.

The film explores Ishmael's journey through three very different relationships in his quest to find the perfect relationship and start a family.

Described as a comedy-drama, Disoriented Generation is a far cry from the street-based films of recent years that have offered representations of the black British experience.

Tired of that continued trend of ghetto-based flicks, Johnson and Ashaiku put their hands in their own pockets to finance a film that would tell a different story.

Forty-four-year-old Johnson, best known for his role in the BBC drama Babyfather, tells us more about it.

How hard was it to finance this film?

Extremely hard. The majority of the finances for the film has come from me and Christian. We received some money from Enfield Council and we also received a small amount of money from the UK Film Council to do some digital prints of the film. But in terms of pre-production, shooting and post-production, I would say that 90 per cent of that money came from me and Christian. We shot the film in 2006 and it's taken us this long to get it to the cinema. It's a treacherous business and if you do it independently, there's often no end in sight. All you know is that you have to keep going until the film is finished.

It would seem that black British films without a 'ghettoised' backdrop struggle to get financial backing. Is that the case?

People also said that it was refreshing to see a different type of film coming out of the black British film fraternity other than the ghetto stuff. That stuff is fine - everything has its place. I was in Adulthood and that did very well for my career. But that's not all we're about. There are many other stories in the black community. Our film is about relationships and we tell it from a comedy-drama point of view.

Why does the film fraternity struggle to recognise different stories coming from the black British community?

They assume there's no market for them and they assume that a film with predominantly black characters won't be easy to market. But I think those people create a problem that doesn't exist.

The issue of relationships is universal, regardless of who's telling the story. Black people watched Four Weddings and a Funeral and Notting Hill, so why should our film be any different? They're all comedy-dramas about relationships.

Being born in the UK to Jamaican parents, was it hard coming to grips with a Nigerian accent in order to play Ishmael?

No, not really. My brother-in-law is Nigerian and he's been in and out of my life for over 20 years. And also, Christian is Nigerian. I spent a few months with him working on the script before we started, so I absorbed his dialect by osmosis. So there was no need for a dialect coach or to swan off to Nigeria for a few weeks to come to grips with the accent!

Have Nigerians been impressed with your portrayal?

So far they have. There have been many Nigerians that have seen the film so far, and they were very proud of the portrayal. The most important thing is to be truthful to your character. A lot of Nigerian men can relate to Ishmael's values and I think he is quite an accurate portrayal of many Nigerian men living in modern Britain.