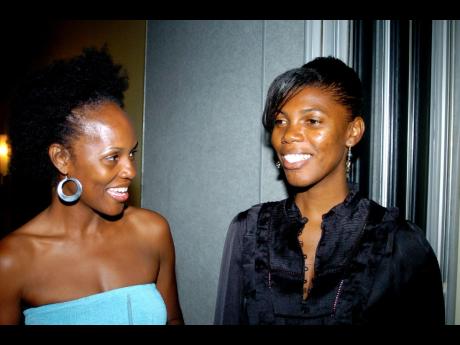 Cecile Madden (left) and Karen Meade catch up on the latest happenings. 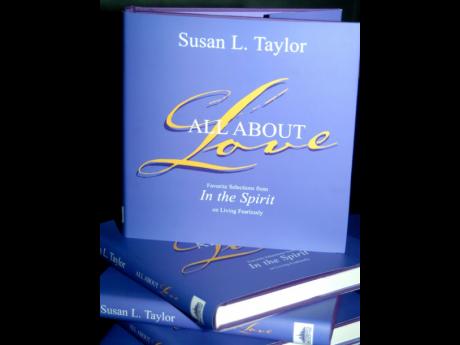 Author Susan L. Taylor signed copies of her new book for purchasers at the event. The book is now available at book stores in Jamaica. 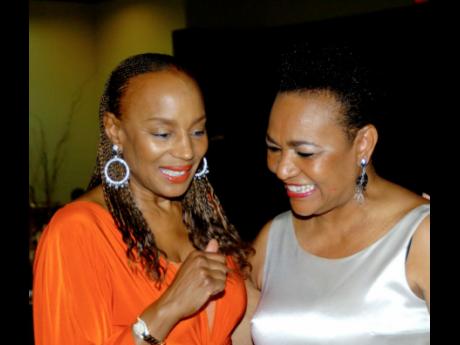 After a night of greetings, replies and toasts that morphed into long speeches, it was close to the witching hour when the guest speaker, Susan L. Taylor, finally got her turn at the microphone. The Essence magazine editor-in-chief emeritus, author and founder of the Essence Cares mentoring movement, was the keynote speaker at the Mico Old Students Association (MOSA) gold medal awards 2010 held at The Jamaica Pegasus hotel on Saturday, April 14.

The lengthy proceedings had prevented Taylor from sharing a four-minute video presentation about her new organisation. However, she urged her audience to be more and do more with the gifts they get.

"We benefit from the seeds we did not plant, yet we whine and complain. We are not giving back enough and our young boys are in crisis and we are a community in crisis because they have all lost their way, Taylor said.

Citing the Saturday, April 14 Gleaner headline, 'Massive increase in child abuse', which highlighted the attacks against children, Taylor said such captions were similar in the United States and the rest of the world. She posited that we had all lost our way because of our egos. But Taylor suggested that all was not lost if we began to " ... support the least among us - the children who are abused.

"It is time to straighten our shoulders, remove the killing spirit from within us and input some positives. Put a guiding hand on every child and show them the way," she said.

Taylor, who is the author of a new book titled All About Love - her favourite selections from her Essence magazine column In the Spirit - said black men worldwide were losing ground. "Under our watch we have lost the sense of who we are; life is a challenge for everyone but we have to stop apologising for dropping the ball."

She noted that we can use all the modern technologies at our fingertips. "It's time to say, 'Hell no!' and heal ourselves and our communities; there is nothing we cannot do and we should endeavour to leave the world a better place than we found it. She challenged the audience that rather than allow education to separate us from the people, let it allow us to find the leaders among the lost young people and turn their lives around for the benefit of all.

Compères for the event were Norma Brown-Bell and Tony Patel, and music was provided by Ibo Cooper and Friends.