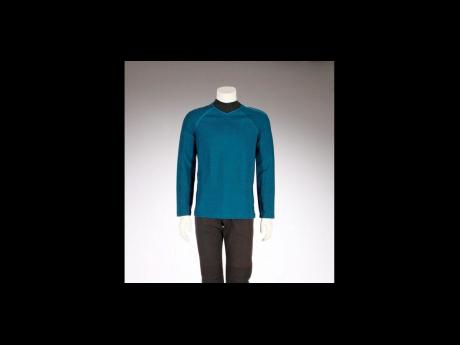 In this publicity image released by Julien's Auctions, a male Star Fleet USS Enterprise costume comprised of blue v-neck shirt, with mock grey undershirt, grey pants and shoes with Velcro closure, created by Michael Kaplan for 'Star Trek' is shown. The item will be auctioned by Julien's Auctions along with other 'Star Trek' memorabilia on June 27, 2010 at Planet Hollywood Resort and Casino Las Vegas. - AP 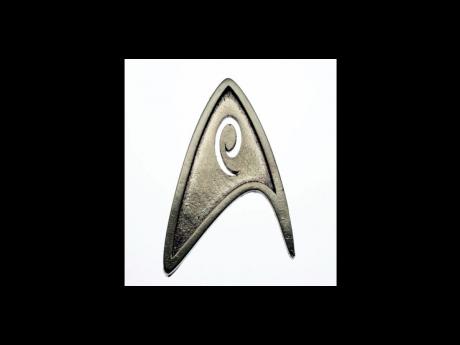 Shoppers can boldly go where no man has gone before when Star Trek creator Gene Roddenberry's collection of personal effects and show memorabilia go up for auction.

Hand-annotated scripts, costumes from the show and Roddenberry's own studio pass are among the items available at the June 27 auction at Planet Hollywood Resort and Casino in Las Vegas, administered by Julien's Auctions.

Proceeds will benefit the Roddenberry Foundation, which makes grants to support children, education and the environment.

The original Captain Kirk, William Shatner, is also getting in on the auction, selling his custom Harley-Davidson motorcycle, his Golden Globe nomination certificate and the plaque he was presented when he got a star on Hollywood's Walk of Fame in 1983.

Shatner plans to donate a portion of the proceeds to the Hollywood Charity Horse Show, which helps handicapped children.

The 79-year-old actor said he doesn't mind parting with his mementos and would do just about anything to benefit his chosen charities.

Shatner donated the money to Habitat for Humanity.

"I handed the motorcycle over and it was a part of my heart, but that's only figuratively speaking," he said.

Highlights from the Star Trek auction will be exhibited beginning Friday at Ponte 16 in Macau, China, and June 14-24 at Planet Hollywood in Las Vegas. Bids will be accepted in person, online and by phone.

The collection will be "very meaningful" to Star Trek fans, said Shatner, who cites the show's optimistic themes as the reason it has endured for decades.

"It suggests that 300 years from now, mankind is still around," he said. "It's on a note of hope that not only will we be around, but we will flourish and be out there among the stars, colonising."