CCRIF management contract up for grabs 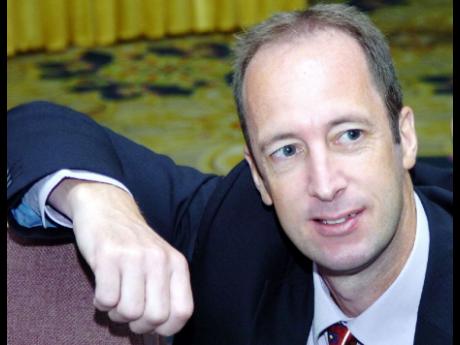 The World Bank-sponsored Caribbean Catastrophe Risk Insurance Facility (CCRIF) is searching for a new supervisor of the three-year-old regional insurance fund, saying the first management contract has run its course.

But Caribbean Risk Managers Limited (CaribRM), the facility supervisor since 2007, now on a extended contract, is still eyeing the job.

"CaribRM will be submitting an expression of interest and hope to get short-listed and to win the tender," said Dr Simon Young, chief executive officer of CaribRM.

"Our appointment was for three years from April 2007, and we are currently on a three-month extension while the tender process is completed," he added.

The contract for facility supervisor is worth between US$250,000 and US$500,000 per year, and is paid out of donor funds, according to Milo Pearson, executive director of CCRIF.

CCRIF, which was launched in June 2007 as a regional insurance scheme with Caribbean countries as its policyholders, is the first ever pooled regional insurance fund and last made a payout of just under US$8 million in insurance to the earthquake ravaged country of Haiti in January.

At its last policy anniversary, CCRIF's risk financing stood at US$145 million, of which reinsurance was valued at US$132.5 million.

CCRIF's administrative expenses which includes payment of the facility supervisor, runs just under five per cent of the premium collected annually from members, according to Pearson.

Sixteen Caribbean countries including Jamaica, Barbados, Grenada, St Kitts and Nevis form the membership base of the CCRIF.

The facility supervisor is in charge of the daily operations of the catastrophe scheme, a job that covers risk management, financial planning, catastrophe modelling, interacting with participant governments, coordination of the reinsurance placement and supervision of public relations and outreach.

The deadline for expression of interest is May 1, with a supervisor expected to be appointed before the end of July.

CaribRM said its performance as manager over the three years should be enough to secure the job for another contract period.

"All CCRIF contracts have a maximum period of three years to ensure transparency and accountability, so we have always been aware that our contract would be tendered at this time," said Young.

"We feel confident that our contribution to CCRIF's success has been an important one, and that we have the experience and expertise to continue to serve CCRIF's needs."

CaribRM was created out of a merger between GeoSY Limited and what is now the CGM Gallagher Group.

The company is part-owned by the Matalon family.