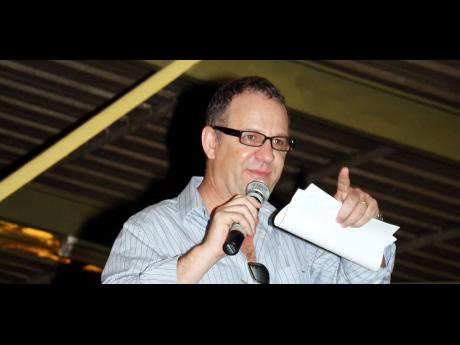 While major entertainment events in Jamaica depend on sponsorship for survival, according to booking manager for the Rototom Festival, Giovanni Vinci, with Rototom it is the other way round.

Vinci told The Gleaner that the event is sponsor-free.

"Our sponsors are the people who buy the tickets," he said.

He explained that six months before each edition of the summer festival about 3,000 tickets are pre-sold without the line-up being even announced as "the people trust us. With that money, we start to put on the festival."

Rototom Sunsplash 2010 was officially launched last Tuesday at the Ashanti Oasis Restaurant at Hope Gardens, St Andrew. The festival takes place from August 21-28 at Benicassim in Spain after being staged for 16 years in Italy. Among the confirmed performers are Bob Andy, Albarosie, Big Youth, Glen Washington, Anthony B, Aswad and Alpha Blondie, in addition to a number of Italian bands.

Vinci said, "We never accept big title sponsors, like Coca-Cola. The bar inside does not sell Coca-Cola. We want to be free to make a choice."

Rototom Sunsplash art director Sabrina Trovant added that it is also "to show the people that you can live out of Babylon", this in a situation where they say Coca-Cola and some beers have offered a commercial collaboration. They also pointed out that most of the brands on sale at Rototom are from smaller producers and "the beers are mostly family companies".

"The booths sell different things. It is not the usual festival where you get the same things," Trovant said.

With a main stage, a second stage, various areas such as a rocksteady area, a dub room and a roots area, Vinci said "the audience can listen to the different types, the road that reggae has made from the beginning to here." However, there is one part of the journey that the festival skips. Vinci said "Rototom Sunsplash is a peaceful festival. Rototom Sunsplash does not accept any kind of violence, does not accept anyone who speaks about violence. We make a lot of fight against the artistes who speak about violence, homophobic, all that."

He added that "we have been happy when some of them change ideas."

"The idea we have of reggae is the original - love, peace and music. In a world situation like this, full of violence, war, racism, the world does not need another festival with a lot of lyrics talking about violence. We want to talk about love, respect, showing off a multi-cultural and ethical world," Vinci said.