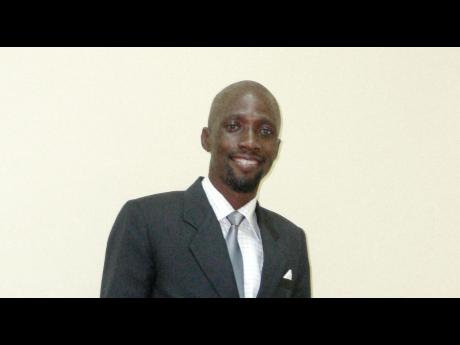 In four decades of operation, the Jamaica Stock Exchange (JSE) has imposed monetary punishment against infringers of only two rules of the 413 markers it has laid down for orderly stock market trading.

But now the exchange's Regulatory and Market Oversight Committee (RMOC) has devised a new schedule of fees covering more of the rules, but has also tempered the extreme punishment of suspending or ultimately delisting companies - with the aim of securing new levels of compliance with JSE rules, but hitting them hard in the pocket if they do not.

The lowest fee is J$2,500 per day: the highest J$5 million. The schedule of fines apply to the 44 ordinary and preference listed companies on the main market.

The RMOC has published the schedule and is now awaiting market feedback before it puts the fees into effect.

"The JSE board requested of the RMOC, upon assuming the exchange's regulatory responsibilities, to consider the matter," Wentworth Graham, chief regulatory officer and head of the JSE's Regulatory and Market Oversight Division, told the Financial Gleaner.

He said the proposal was being advanced as a means of: "Fostering and fulfilling the RMOC objective of adopting measures and rules that are necessary to strengthen the market and temper the exchange's existing applicable penalty extremes of suspension or delisting."

The two JSE rules that now attract a fine are the non-publication of financial returns within the rule-specified dates and the purchase by a company of its own shares over the rule-prescribed 200,000 units or loan capital amounting to J$100,000.

The current fines for late filings are J$5,000 per day, and the share purchase breach, J$5 million.

But the RMOC has so far reviewed and attached fines to 13 more of the rules, a document posted on the JSE website requesting comments said.

The J$5-million fine now applies to three of the rules.

"The rules that have been identified and mentioned in the document are under consideration at this point in time," said Graham.

"Going forward, assessments of other rules could be considered to further the regulatory and market oversight committee's mandate ofstrengthening the market (and) satisfying the overall effectiveness of the exchange's regulatory function."

The biggest penalties, under the RMOC proposal, apply to member dealers who fail to keep proper books and records of monies received and spent in the course of business, breached sales and purchases of securities, and books showing separate accounts for clients and the firm.

A J$5-million fine is also to be imposed on dealers/brokers that conduct securities trading outside of trading hours without authorisation from the JSE board, as well as brokers who allow themselves to be named as a broker on any prospectus, statement in lieu of prospectus, or other document of offer without JSE board consent.

Listed companies which fail to submit their annual reports within 120 days will pay a sum of J$50,000. This is also the fine now attached to a company's failure to forward the report to shareholders at least 21 days in advance of its annual meeting,

Fines are now attached to other breaches including failure to notify the JSE of annual general meetings within the prescribed time frame - a breach which can now cost a company J$25,000.

Also attracting a J$25,000 penalty are rules 216 and 223 which relate respectively to advertising and the trading for by one firm for the employee of another firm.

Rule 216 states that no member of the exchange may advertise for stock market business or issue circulars or business communi-cations soliciting business to persons other than its own principals unless it sends a copy to the board. Such notices are to be received at least three days before publishing.

A violation of this rule could create serious damage to a firm or even the market, the 'JSE Rules: Fines and Penalties' document stated.

Rule 223 asserts that brokers should obtain written consent from another broker if they intend to undertake any transaction on behalf of an employee of that company.

The new JSE document pointed to the possibility that such a transaction could involve money laundering, kiting and illegal trading.

While companies normally comply with rules, the JSE said, there have been instances of delinquencies and non-advisory, which can lead to the lesser, but still important, repercussion of jeopar-dising the exchange's mandate for information dissemination.

The process of reviewing the JSE rules to attach fines to breach started in April 2008. The current draft is dated November 2009.

In developing the fines, the exchange said, consideration was given to fines currently being levied by other regulatory authorities such as the Bank of Jamaica, the Financial Services Commission and the Companies Office of Jamaica.

The JSE is awaiting feedback on the draft document and imple-mentation could take up to 18 months.