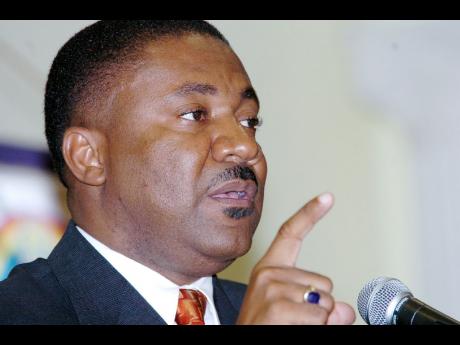 Phillip Paulwell is advocating that the Government use its 20 per cent minority interest in the Jamaica Public Service Company (JPS) to break the power generator and distributor's monopoly on the sale of electricity in Jamaica, and allow other producers to sell directly to users.

The politician and energy consultant's insistence that this can be achieved in short order runs counter to the position of the country's utilities watchdog, the Office of Utilities Regulation (OUR), which is maintaining that JPS's 100 per cent cornering of the local energy market cannot be broken until its existing exclusive distribution licence expires in 10 years' time.

However, holding up the app-roach used by the P.J. Patterson administration to negotiate an early end to the similarly monopolistic licence of telephone company, Cable & Wireless Jamaica, in the 1990s, Paulwell is confident that a win-win deal can be brokered for JPS's majority owners, inde-pendent power producers, and consumers now saddled with high electricity rates.

The proposal is to 'unbundle' the grid to allow other producers of electricity to reach their consumers through an interconnection agree-ment to traverse the JPS infrastructure at a cost, similar in theory to what now obtains in the telecommunications industry.

"Something has to give when it comes to electricity," Paulwell told the Financial Gleaner in an interview after he raised the issue in Parliament earlier this month.

"The current cost is astronomical, especially for businesses. What is needed at this time is competition in the sector," he said.

Hopeton Heron, the deputy director general at the OUR, has refrained from saying whether or not his agency would be giving any consideration to the proposal, responding that no move in this regard was possible until the power provider's current licence expired in 2020.

"At the generation capacity level, there will always be competition, but the sale of electricity in Jamaica is (done under) an exclusive licence that JPS has," Heron responded when Paulwell's proposal was brought to his attention by the Financial Gleaner this week.

"In other words, if you are producing electricity, it must be for yourself. You cannot sell to anyone else. That is the construct of the licence and that cannot be changed, not before 2020."

Paulwell, the opposition parliamentarian and one-time energy and telecommunications minister, said consumers should be given the opportunity to choose the company they wanted to supply them with electricity, in the same way they choose their telecommunications supplier.

But Paulwell did not say what prevented the Patterson administration of which he was a part, from pursuing the deregulation move against JPS.

"When I started to look at telecommunications 11 years ago, I was told that it was a natural monopoly and that only a single player could exist in a small country such as Jamaica," said Paulwell, who was then the minister of industry, commerce and technology, and spearheaded discussions with the one-time monopoly telecoms provider.

The results of those discussions changed the telecommunications landscape in Jamaica, and later, the Caribbean, with the unprecedented decision to grant a mobile telephone licence to Irishman Denis O'Brien's firm, Mossel ,for US$45 million. The move signalled the birth of Digicel's Caribbean operations and put an end to Cable & Wireless dominance in the local and regional market.

"At that time there was this tremendous revolution taking place in technology, especially wireless," Paulwell recalled.

"Jamaica was way behind and our prices were exorbitant. Neither were we benefiting from technology. It's the same thing with JPS today. There are technologies emerging now that can reduce our electricity cost significantly."

Cable & Wireless had a licence due to expire in 2038, with an option to extend for another 50 years, but Paulwell said his government was able to paint for the monopoly providers a win-win situation.

"(We) got out of the contract without paying them any com-pensation money. I believe that a similar case can be made to JPS," he said.

"Company A must be able to supply the consumer with electricity, by being allowed to be to pass through the JPS's network at a reasonable price."

Paulwell said he recognised that for JPS to be competitive in such an environment, the company required the OUR's nod to improve its generating and distribution capacity.

An adjustment to JPS's licence in the 1990s, when Paulwell was the portfolio minister with responsibility for energy, broke the firm's generating monopoly and opened the door for new players in the power-generating side of industry.