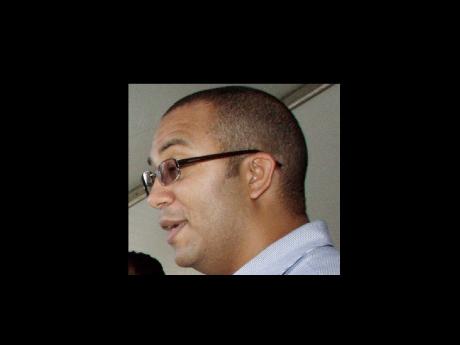 The Ministry of Agriculture and Fisheries last week signed an agreement with Scotiabank Jamaica that opens a J$100 million loan window for farmers of 'cash crops' on concessionary terms over eight months.

It previously signed a similar pact with National Commercial Bank (NCB) for J$250 million under the ministry's Financial Access for Responsible Farmers (FARM) programme, which guarantees the bank that the farmers assisted will have buyers for the output the loans finance.

The Scotiabank loan window closes December. The loans are priced at 9.95 per cent.

The government has also signed agreements with traditional importers to provide onion and Irish potato, amounting to 80 per cent of imports of those food items.

In 2009, some US$4 million worth of onions was imported and US$12 million of Irish potatoes.

The overall plan, Panton states, is to eventually reduce by 80 per cent the island's food import bill, which currently, stands at US$880 million.

The ministry is also set on increasing the production of strong food exports, such as yam and pumpkin.

The combined J$350 million in financing for small farmers is a pilot programme which, if successful, will lead to the release of more funds for farmers who generally restrict acreage under use and practise low levels of inputs, such as fertiliser and insecticides, because of limited access to finance.

The contracted buyers will pay the loan amount at the end of crop directly to Scotiabank and NCB, ensuring that the banks get paid.

On Thursday, Scotiabank announced that small farmers registered with the Rural Agricultural Development Authority (RADA) and approved by FARM would have access to loans ranging between J$500,000 and J$2 million.

The money is to be used for short-term crop financing, including the purchasing of fertiliser, insecticide, seeds, and securing labour directly related to the crop production.

RADA, the bank said, has agreed to select and train farmers, assisting them to prepare business plans, and providing an assessment of the financial and technical viability of the project before a formal application for a loan is made to the bank.

The ministry will also monitor and supervise farm operations and help farmers in marketing and sales.

On March 23, a similar programme was announced by the NCB, which said that it had partnered with the ministry on single-digit financing to farmers who will grow onions, tomatoes and hot peppers.

The loan was introduced at 9.0 per cent interest, but funds accessed after April 30 cost 15 per cent, with up to J$2 million available per borrower.

Farmers can repay the loans monthly, or they can choose to repay the loan after they reap the crops - up to a maximum of six months, the bank said.

Scotiabank said its $100 million loan fund would be open for subscription from April 29 to December 31 at the single 9.95 per cent rate.

In the first phase of the project, the bank will be lending to farmers for the planting of onions, Irish potatoes and hot peppers.

The maximum loan term for onion and potato crops will be six months, and the maximum term for hot peppers, nine months.

Scotiabank said that a maximum of 10 per cent of the project cost — up to J$200,000 — could also be used for the purchase of capital equipment specific to the project or crop.

Loans will be disbursed against invoices for material and labour, and directly to the suppliers for material.

According to Panton, the Government achieved import substitution of US$70 million in 2009-2010, and added that this year, the ministry wants to achieve more.

Jamaica imports US$24 million of fruit purées and concentrate, a segment which is also being targeted for import substitution.

Focus is also being placed on 'pepper mash'.

"We are able to take the responsible farmers and give them a contractual agreement and a guaranteed market," he said.

The coming of the conventional banks on board - some $100 million in financing was provided by micro-financing institutions last year - is an achievement, he said, as agriculture, although the largest employer of approximately 240,000 workers, has been without reliable access to credit.

"This is an opportunity for farmers to build credit and also have the opportunity of paying back loans at the end of crop instead of monthly," he said.

Patsy Latchman Atterbury, vice-president for small-business banking at Scotiabank, said in a statement from the bank that the FARM fund was "a great partnership" that would "ease the pressure on our farmers' cash flow and assist them to improve their yields and produce better quality products and grow the business further."

Marc Panton, admitting that the sector was not without a fair degree of risk, said that a reinsurance arrangements for the small-farming sector is also under construction.

For droughts, he said, the ministry was looking at rainwater harvesting and maximising planting in areas with good irrigation.

The ministry's plant disease unit was also on alert, he said, to minimises crop losses.