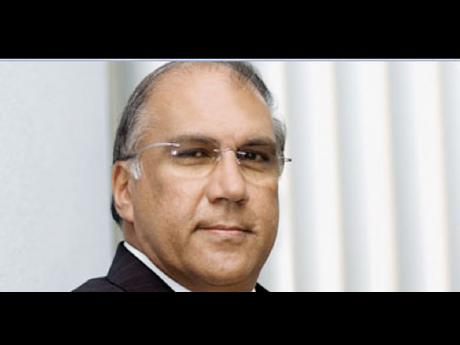 Arthur Lok Jack, chairman of Caribbean Airlines, raised the possibility of Air Jamaica returning to The Bahamas and Cayman routes.

While the top brass of Air Jamaica and representatives of Caribbean Airlines Limited (CAL) were meeting with Jamaican media on Wednesday, April 28, here in Kingston, a similar meeting was being held in Port-of-Spain to appraise their media on details of the Caribbean Airlines/Air Jamaica transition arrangements.

One of the snippets of information gleaned by the Trinidad press is that consideration is being given for Air Jamaica to return to flying on its former Kingston to Grand Cayman and Kingston to Nassau routes.

Chairman of Caribbean Airlines, Arthur Lok Jack, told journalists that during the transition period, Air Jamaica would be flying eight routes to the United States and Canada as well as the Cayman Islands and the Bahamas.

The airlines up to then had said five routes would be retained to the US and Canada.

But, speaking with Sunday Business on Friday, Air Jamaica chief executive officer Bruce Nobles said it would be premature to say the local carrier will be returning to Cayman and The Bahamas in the foreseeable future.

He reiterated that Air Jamaica would continue to fly on its existing routes, but would be reviewing the possibility of adding other destinations.

When questioned specifically about the fate of the Montego Bay to Baltimore route, Nobles said, that the cancellations this week of that flight were due to problems with an aircraft, and that there were no plans to give up that route.

Caribbean Airlines has already ruled out a return to the Montego to Havana, Cuba, route.

In the initial bid, CAL had reportedly offered the Government of Jamaica a 10 per cent equity position, while the Air Jamaica Divestment team had tried to get a 25 per cent shareholding.

Effective May 1, Caribbean Airlines has taken over full financial responsibility for the Air Jamaica operations and to this end, the Government of Trinidad and Tobago has provided US$50 million to fully capitalise the transition arrangements.

The Government of Jamaica is providing US$19 million to cover the pre-purchase of Air Jamaica tickets by passengers made prior to the handover to CAL for travel on Air Jamaica flights after May 1.

Lok Jack has indicated that Caribbean Airlines expects to make an immediate return on its investment of about US$12 million to US$15 million per annum, starting in 2011. He believes that the transition period should last for three to six months.

In the meanwhile, Air Jamaica Limited has obtained a 60-day and 90-day temporary waiver from the United States and Canadian transportation authorities, respectively, in relation to the ownership and control standards in their bilateral arrangements with Jamaica, which will allow Air Jamaica to continue flying as the Jamaican national carrier.

In a response to a petition for review submitted on April 10, 2010, pursuant to the temporary waiver to Air Jamaica granted by the US Department of Transportation (DOT), George Carneal, counsel for Air Jamaica Limited, noted on April 29 that the waiver was in keeping with the spirit of the Open Skies Agreement between the US and Jamaica.

Carneal noted that the DOT had not yet made a decision on the ownership and control issues related to the transition arrangements between Air Jamaica and Caribbean Airlines, but the waiver would allow the airline to continue its operations, pending the outcome of the ongoing review.

He said further that Air Jamaica was not operating under a wet-lease arrangement but "will continue to be the operating entity and is not leasing aircraft from any other airline." He was also of the view that a suggestion "that the assumption of financial responsibility for an airline's operations is tantamount to being that airline is entirely unfounded".

The latter statement related to a suggestion that CAL was now the substantive owner of the Air Jamaica operations.