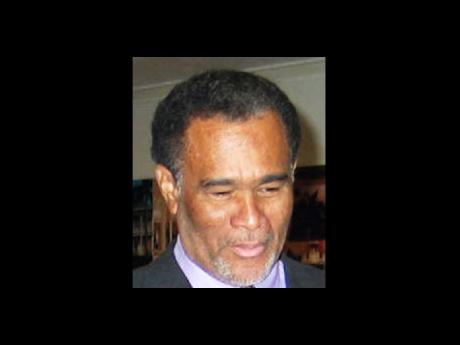 For better or worse, the take-over of Air Jamaica by Caribbean Airlines is now a done deal, and speculation about the viability of this combination is about to be put to the test. In earlier years, many Jamaicans frowned at the option of subsuming Air Jamaica into a regional airline, seemingly too emotionally invested in the prestige we thought was conferred by having a national airline. But forced by the harsh realities of our economic circumstances, and the prevailing turbulence in the airline industry, this, perhaps, is our only option.

The determination to persist with the national airline despite the huge losses had to do as well with the growth of tourism and the risk of reliance on foreign carriers. This harkened back to the days when the international airline industry was highly regulated, with one airline per country per route, which meant that the elimination of a route by any one airline would jeopardise tourist airlift on that route. The presence of Air Jamaica reduced our exposure to this risk by comparison with tourist destinations in the southern Caribbean which, in times of airline cutbacks, were highly vulnerable, at the mercy of major carriers, and forced to underwrite airlift provided by them.

Local tourism interests were also convinced that the mystique the Lovebird added to our tourism product was irreplaceable. Moreover, this 'genius of Jamaica' provided not only unique service in the air, but a competitive advantage of more direct connections to major American gateways than any other carrier flying to tourist destinations in the region. The viability of this new enterprise will, however, not just rest on the tourism market which, though critical to the Jamaican economy, is not one that is by itself economically lucrative for airlines. Indispensable to the success of the Caribbean Airlines/Air Jamaica combination will be the continued patronage of the Jamaican ethnic market.

The great pity is that we are entering this venture after having passed up earlier opportunities to consolidate the regional airline industry over the last three decades. Even in those less unstable times, taxpayers of the region had to foot the bill for massive losses when national airlines under both government and semi-private ownership operated with underutilised aircraft capacity while doggedly resisting consolidation. This intransigence was to lead an exasperated former Bahamian Prime Minister Christie to say, "We must find a way to lock the CEOs of these carriers in a room and refuse to open the door until they have a plan that will reduce our losses and increase our services to and throughout the Caribbean."

It is no secret that this stubborn opposition to consolidation has been a source of tension between Trinidad and Tobago and Jamaica, in particular, from the 1970s. This became more pronounced when under the Manley regime of that period, there was a commitment from Jamaica to seriously pursue collaboration between BWIA and Air Jamaica, as part of a quid pro quo for a crucial balance-of-payments loan provided by the T & T government. Thirty years on, in a more highly competitive environment, we are now forced to consolidate.

Unfortunately, the progress of Caribbean economic cooperation at both the levels of government and private enterprise has been halting, notwithstanding the formation of CARICOM and the Single Market. While the ICD Group and Mutual Life at one stage had substantial business interests in Trinidad and Tobago, in more recent times, it is invariably when local enterprises are in crisis that Jamaica seeks to collaborate with investors from the region. Carib Cement, Guardian Life, Life of Jamaica, RBTT, Tropicair and West Indies Glass are the more notable examples that come to mind. Rather than combining strong enterprises to secure economies of scale and of scope, and mobilising capital and human resources to build more competitive entities, we have stuck to narrow internal markets.

Thus, after nearly 40 years since the Treaty of Chaguaramas and heavy investment of time by regional bureaucrats and political executives, the Caribbean is one of the least dynamic economic regions. There have been several missed opportunities where the exploitation of complimentarities by regional governments could have laid the foundation for industrial expansion across several economies. An obvious one is the aluminium industry, where the region possesses bauxite resources in Guyana and Jamaica, and Trinidad has natural gas, which are the factors needed to produce aluminium.

Combining these resources would allow the region to produce primary aluminium as the raw material for a wide range of semi-finished and finished products. These products used in manufacturing, construction, and transportation, would generate broad-based economic activity, and employment. From Eric Williams, Michael Manley and Forbes Burnham in 1974 through three and a half decades, successive governments have been unable to consummate the deal that would unleash this potential.

Instead, Jamaica, as the region's flagship alumina producer, has seen its competitiveness and prospects for expansion and modernisation compromised by the unavailability of natural gas supply. The announcement by the chairman of Caribbean Airlines that the new combined entity is well positioned for turning substantial profits is encouraging news which, hopefully, portends the beginning of a new era of regional economic cooperation.

Dennis E. Morrison is am economist. Feedback may be sent to columns@gleanerjm.com.