U-Roy wakes the town… and rules the nation with version 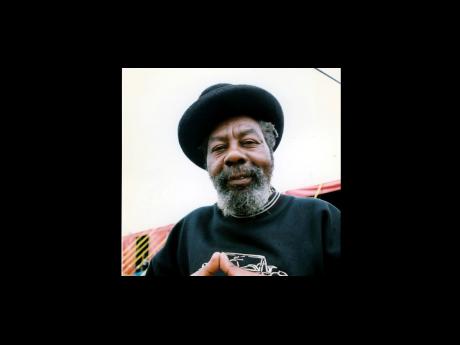 U-Roy had seen producer Arthur 'Duke' Reid from a distance, long before the famed producer asked him to record at his Bond and Charles streets studio in Kingston. He did not like what he saw.

"Me used to go Denham Town School and pass and see this man with this whole heap of gun and shot. Me used to say how this man want to intimidate people," U-Roy told The Sunday Gleaner.

So, years later, when Reid, a former policeman, asked sound system owner King Tubby to have U-Roy record on his label, the deejay was reluctant. However, Tubby encouraged him and went with U-Roy to the meeting, which resulted in two songs that changed not only U-Roy's life, but also Jamaican popular music and, by extension, music all over the world.

It all came from his toasting in "probably 1968, 1969" and "a hear a man hear me pon King Tubby's, how me deejay pon one of his rhythm. I think it was John Holt. John Holt is a long-time roots youth".

"It seem it was a Duke Reid rhythm it was on. That is one of the reason why Duke sen' come call me. Duke Reid did have the most dancing tune in Jamaica - John Holt, Silvertones, Alton Ellis, Melodians, Techniques, Sensations. Duke did have the top class of dancing tune; Downbeat have the more jazzy tunes."

The recording session was done at about 11 a.m. and, with the rhythm already laid, U-Roy did the two songs from start to finish without having to restart. Then Reid asked him to do a flip side to Wake the Town, but singing this time. "I say I'm not a singer. Him say, 'You have a singing voice'," U-Roy said. So Reid went into Big Boy mode and wrote the lyrics: "What is catty Big Boy ask/I want to know is catty big, is catty wide/is catty something I can ride?".

U-Roy duly sang, but laughs as he told The Sunday Gleaner, "I never get to do it on stage. Some people ask for it still." He said that while he had no problem listening to risqué tunes, delivering them was another matter. In addition, most people were not looking to him for that.

When the songs hit the street, Wake The Town got more airplay. U-Roy pointed out that the chart placings came at a time when "tune a sell; you no have no upload, no download, no sideload". In terms of numbers, he said to do well on the charts a song had to be selling 30,000 to 50,000 copies, remembering how jukebox men would come in and purchase several copies of a record, depending on how many jukeboxes they had to service.

Ironically, the slangs that U-Roy used to start the records and which were the source of the songs' titles, were things he used to say in introducing songs at a session. "Is jus' a talk me have. Is like the Father say, 'Open up your mouth and I will fill it with words'," he said. There was also the earthly pattern, as U-Roy used to listen to the jive talk of people like Louis Jordan.

However, in the studio sessions, he would build upon what he did in the dancehalls previously, as "most of the things you hear me say on the record you don't do in the dance". And, looking back at what the records have done, U-Roy said, "Is like, my God, you would never believe what I do.

"That is the surprising part of it to me," he said about the chart-topping placements. "I say I can't believe that is them tunes that I do. I give thanks every day, up to now. When I was young and doing this music thing, I never know where it going. Deejay never have no tune fi sell, much less go pon chart."

U-Roy had recorded songs before Rule The Nation and Wake The Town, such as Dynamic Fashion Way, a version of Ken Boothe's Old Fashioned Way, and Earth Rightful Ruler, with Peter Tosh. They did not make much impact, U-Roy recalling how Byron Lee turned down Earth Rightful Ruler as being too spiritual.

When Rule The Nation, Wake The Town and Wear You To The Ball hit, there was no turning back for U-Roy, whose first overseas performances were in New York.

"It was like hell," U-Roy said. But not hell in an incendiary way, just how full the place was for his performance. "No weh no deh fi me stan' up, not even pon the stage. A hell from the door go in," he said.

That was close to 40 years ago. U-Roy told The Sunday Gleaner he returned from the Cte d'Ivoire (Ivory Coast) about a month ago, and there "the people gwaan X over me. In the airport is like every Customs officer, every man who work on the line, want to take a picture with me".

Then, outside there were many others waiting to greet him with drumming. Later, he said, "If me come out of the hotel me have to have security. Is a mob." He did two sold-out shows, one with a capacity of 5,000 people, the other with 15,000.

U-Roy, unlike many performers in the earlier days of recorded Jamaican popular music, does not have a real hard-luck story about being cheated. Despite his schoolboy assessment of Duke Reid, he said that he found him to "have some good ways". And while he said he did get ripped off, U-Roy was able to take care of his financial needs, including a house purchase.

He tells a story about being asked if he wanted a car. "Me say, 'Duke, me have a bed, me have a table with four chair, me have a gas stove, and mi woman give me two pickney. Me no see no car can hold them thing'," he replied, and duly worked to buy a spanking new S90 motorcycle for $550.

U-Roy has been given many names because of his pioneering deejay role, among them 'Godfather', 'Daddy U-Roy' and 'Gorgon'. However, he told The Sunday Gleaner that he does not lay claim to any title. And he gives thanks that many of the young people give him credit for what he has done. Then, he laughs as he says, "You have some youth hype to the T. But me was the first hype. I already been the Shabba Ranks, the Beenie Man, the Bounty Killer for my country. Me cool."