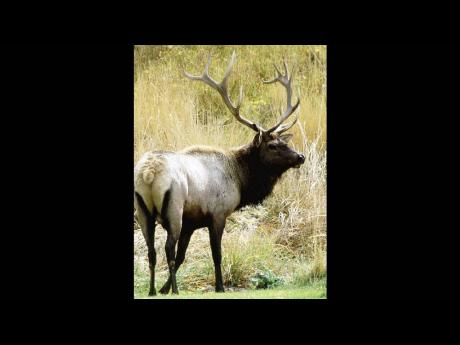 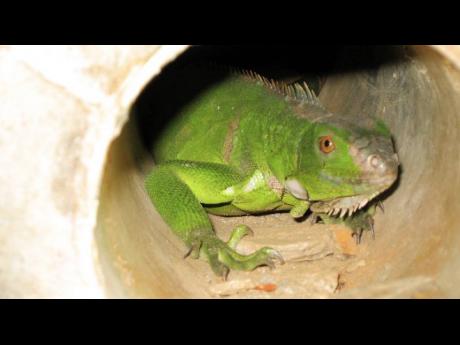 If nothing else, this series has shown you there is no limit as to what some people will eat. The iguana is a scary reptile that some people don't even want to touch, much less dine on, though we hear it tastes like chicken. Like the crocodile though, you're not likely to get any here (at least not legally), as the Jamaican iguana, which is endemic to the island, is not to be harmed. But if you're in some countries of the Americas, eat up.

- Skin and clean iguana, then wash it in a mixture of vinegar and lime.

- Mix all seasonings and spices together in a bowl and rub them into the meat.

- Leave the rubbed meat for 30 minutes.

- Pour coconut oil in a pot, just to cover the bottom and place it on the fire.

- When the oil is hot, put in the iguana meat, then cook for another 30 minutes, turning a few times and adding a tip of water if needed. During that time, slice the carrots, tomatoes and cabbage.

- Add them to the meat and cook for 30 minutes.

- Serve with rice and beans.

Now for some tasty venison. Deer meat is not as weird as you might think, (we even have white-tailed deer in parts of Portland and and the Blue Mountains). But considering foreigners think we're weird for eating goat, who are we to argue?

- Measure all marinade ingredients into a jar, which has a tight-fitting lid. Cover and shake vigorously.

- Place marinade in large glass bowl. Add steaks and allow to stand for several hours or overnight in the fridge.

- Season steaks with salt, pepper, and charcoal seasoning (if desired).

- Heat oil in frying pan. Cook steaks quickly at high heat, turning every 30 seconds until done. Do not overcook. Add only enough oil to prevent meat from sticking to pan.