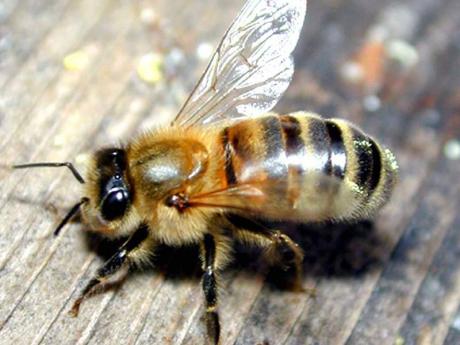 With the bee-keeping industry valued in excess of $1.3 billion and currently experiencing growth of 40 per cent, the Ministry of Agriculture says there is room to diversify the relatively untouched by-products and value-added markets.

The production, harvesting and marketing of other products of the beehive such as bee pollen, beeswax, propolis, royal jelly, bee venom, queen bees and packaged bees (the latter for overseas targeted markets) are only marginally addressed by 1.2 per cent of the island's 1,202 bee-keepers.

At present, by-products and linkages generated locally and available on the domestic market include personal-care items such as soaps, ointments, shampoos, hair wax and candles from beeswax, jams and jellies, wines and infused flavoured honey.

"While several of these products can be produced concurrently with honey without additional effort, bee-keepers are concentrating more on honey production as there is an existing demand, both locally and internationally," said Reginald Peddy, head of the Apiculture Unit in the Ministry of Agriculture.

"Jamaica is known internationally to produce honey of high quality, uniquely flavoured by a variety of tropical plants and fetches premium prices," he added, noting that it was only now that some bee-keepers have embarked on value-added activities.

Peddy said the value-added component of the apiculture industry has been relatively untapped because of the fact that financing for such ventures are often unavailable or too costly for individuals to undertake. The situation is also made difficult because farmers are required to source and secure their own markets.

"We have ideas, but who is willing to explore the areas and who will finance these ventures and determine the clientele," he explained. Nonetheless, he said the Apiculture Unit was already in the process of encouraging interested persons to get involved in value-added production.

Meanwhile, a census of the apiculture industry, conducted by the ministry in the second quarter of 2009, revealed that the sector achieved significant growth when compared with the previous 2005 census. In 2009, a total of 166,522 gallons representing 630,345 litres of honey was produced by local farmers, 42 per cent more when compared with 2004 figures of 117,548 gallons or 534,383 litres. This resulted in increased earnings of $88.86 million at the farm gate.

Interestingly, there has been a 300 per cent increase in the number of female bee farmers up from 45 in 2005 to 137 during the period under review. This increase is based primarily on the ministry's efforts to encourage the entry of more young women into the subsector through the Apiculture Unit's Apprenticeship Programme. Additionally, the European Unit Banana Support Programme's Rural Diversification component has also played a role in attracting a number of women mainly in the parishes of St Catherine, Portland, and St Mary into bee-keeping.