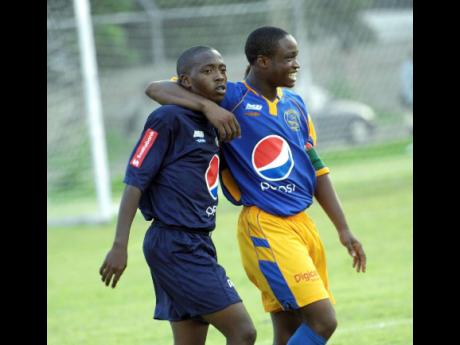 Theo Campbell scored for JC in the 29th minute, while Theodore Thomas equalised for Waterford in the 69th minute.

JC have now recorded three wins and a draw from their four matches in the competition. However, despite this, Delroy Brown, assistant coach of JC, said he was very displeased with his team's performance.

"This was a very disappointing match because we didn't execute the way we should have executed against a standard type Waterford team," said Brown. "We were not going down the flanks, which is one of our strengths, and we paid the price for it," Brown said.

Meanwhile, Floyd Coke, coach of Waterford, who have recorded one win and a draw from their two outings this season, said he was very pleased with his team's efforts.

"I am satisfied, because to come at JC and get a point is very satisfactory for us," said Coke.

"We weren't worried when they scored against us because this is a strong-minded team and it was just a matter of finding the right combination on the field, and once we do that, then I know that we would have found the equaliser," Coke said.

Coke added: "We have a very strong team and we have something in the bag for them when they visit us in the return game, because we need three points at home and we will get all three points."

Four minutes later, Campbell gave the hosts the lead when he fired home a powerful shot past Harrison, who was well beaten at his near post.

However, the St Catherine-based Waterford dominated the positional play in the second half, and should have equalised in the 50th minute, but Kimarley Biggs' point-blank shot was denied by the crossbar. Moments later, Waterford's captain Rohan Daley's 20-yards free-kick was well saved by goalkeeper Gary Wynter.

The fleet-footed Thomas then equalised for his team when he slipped between two defenders to tap home a well placed cross from Biggs past Wynter and into the back of the net.