Allan 'Skill' Cole a legend in his time 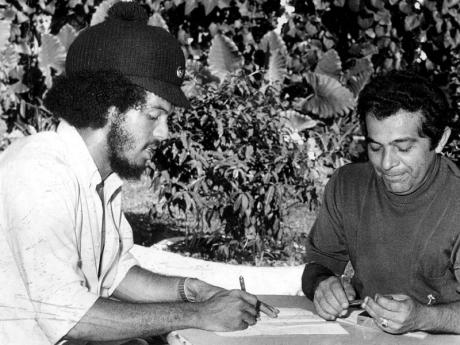 Allan Cole (left) signing a contract to play for the Brazilian Club, Nautica, with the club's envoy and team doctor, Omar DiSilva, at the then Flamingo Hotel in St Andrew in 1972. 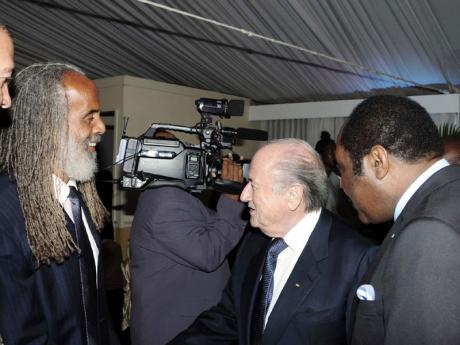 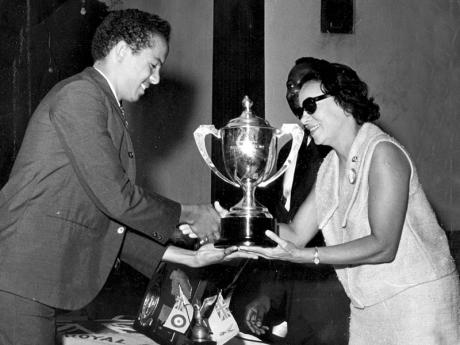 On September 26, a beaming Alan 'Skill' Cole was presented with a plaque by FIFA President Sepp Blatter in recognition of his contribution to Jamaican football. Edward Seaga and P. J. Patterson, two former prime ministers, were among the 10 recipients but the biggest cheers were for the enigmatic Cole.

For the 60-year-old former Santos and Jamaica star, the occasion was bittersweet.

"I really appreciate the award but I think the contribution I could make at a national level is being ignored," Cole told The Gleaner. "Apparently, there are people here who don't want to see people like me in a certain capacity."

At the peak of his powers, Cole was a midfield maestro local fans compared to Pele. He remains the Jamaica's youngest senior football international, donning national colours against a Brazilian team when he was only 15 years old.

In the 1970s, he, cricketer Lawrence Rowe and sprinter Donald Quarrie were the most popular sportsmen in Jamaica. Like Rowe, Cole was a folk hero whose feats for Santos in the local National League were legendary.

But while Rowe went on to set world batting records for the West Indies team, the mercurial Cole never attained such lofty heights for Jamaica. He admits his international career never lived up to expectations.

"I started my professional career at a tender age, and during the 1960s and early 1970s I couldn't play for the national team because I was a professional," he explained. "Ninety-five per cent of the games I was exempt until the rules changed some time in the late '70s."

Cole had professional stints in the United States with the Atlanta Chiefs in the late 1960s, and with Brazilian club Nautica in the early 1970s. He was signed after management at both teams saw his prodigious talent, but he fell out with them before establishing himself.

His close friendship with reggae superstar Bob Marley also played a part in his chequered career. He toured with the singer as road manager for much of the 1970s, and lived for three years in Ethiopia where he coached the national team.

A new generation of Jamaican football fans saw glimpses of Cole's prowess during the 1980s when he featured in several Jamaica invitational matches against top Brazilian clubs. He was past his best when he became player/coach of National Premier League club Port Morant United during that decade.

Neville Oxford was a teammate of Cole's for Kingston College (KC) at Colts level in the early 1960s, and played against him many times for Cavalier in the National League. He rates him as one of the best footballers he has seen.

"He had extremely good vision, excellent passer of the ball. One of Jamaica's best," said Oxford.

Alan Cole was raised in central Kingston, growing up an only child in the working-class neighbourhood of Woodford Park. He says his father, Alan Cole Sr, was his biggest influence.

"He was a sports-minded man, my greatest motivator," Cole recalled. "He was the man who taught me to kick a ball ... 'right foot, left foot'. He taught me about the sporting heroes, the academics ..."

In 1962, Cole went to KC, then a powerhouse in the schoolboy Manning Cup competition. There, his contemporaries included Oxford, Lloyd McLean and Mickey Vernon, who all went on to play for the school's all-conquering 1965 team.

Though he was seen as a rare talent, Cole never played in the Manning Cup.

He left KC in 1964, moving on to Campion College for one year.

It was not until 1965 when he went to Vere Technical that he made his schoolboy debut in the daCosta Cup. His impact at the Clarendon school was instant, as he led all scorers with 38 goals.

Vere met KC in the 1965 Olivier Shield, losing the first leg 0-1 at home to a late goal from Oxford. The second match at the National Stadium also went to KC, 2-0, courtesy of strikes from Oxford and Franklyn Morant.

Cole played two seasons for the Atlanta Chiefs in the fledgling North American Soccer League, before returning home to play for Real Mona, then Boys' Town. It was while playing a friendly match for the 'Red Brigade' against Nautica that he caught the attention of administrators at the Brazilian club.

When Nautica signed Cole in 1971, Brazil were world champions and the game in that country was on a high. He helped Nautica to a spot in the National Championships in 1972, its first since 1959.

In the National Championships, Cole played against big names like Pele, Gerson, Tostao and Jairzinho, all of whom played on Brazil's World Cup winning team in 1970.

"Going to Brazil and playing in that time was amazing. Yuh talking 'bout the most skilful players in the world," he said.

Midway his second season with Nautica, Cole called it quits when management wanted him to cut his Rastafarian locks. Back in Jamaica, he joined a star-studded Santos team that won three straight National League titles.

Cole left Jamaica in the late 1970s, settling in Ethiopia. In 1980, he was back in Marley's camp as road manager for what would be the singer's final tour.

Alan Cole has maintained ties with the local game. In addition to Port Morant, he has coached NPL team Arnett Gardens and Rockfort in the Major League.

He has never hidden his ambition to coach in the national programme, but believes he has been slighted by respective JFF administrations.

Two weeks ago, Cole forgot his differences with the JFF and basked in the acclaim at St Andrew's Terra Nova Hotel. For the evening, he was the centre of attraction, just like his glory days.

"A good bredren and big bredda. Jackie was a good student of the game, had the skill to spot good players, and that's important for a coach."

On the 1975 Santos vs New York Cosmos match:

"Cosmos, champions of America, a professional team an' a local team beat them. People don't understan' where the football in Jamaica was at that time."

"I would say Cuba here in 1970, a CONCACAF match. I was kicking it from all over but the goalkeeper saved everything."

"A great, great friend. A confidant."