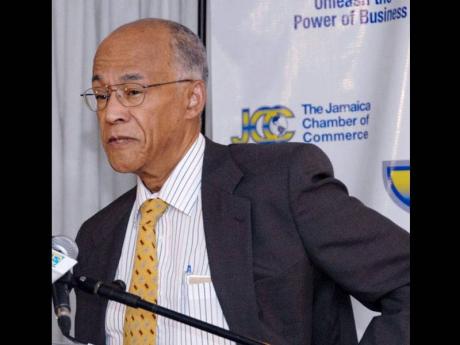 Professor Donald Harris of Stanford University has been commissioned to work with the PIOJ on devising growth strategies for Jamaica. - File 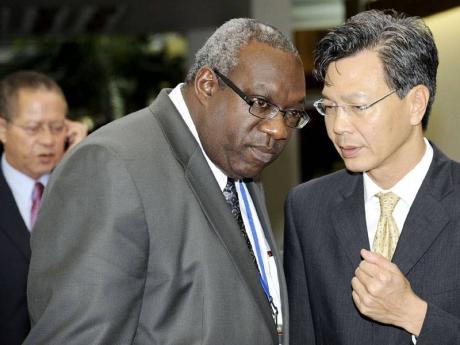 The Planning Institute of Jamaica has commissioned Stanford professor Donald Harris as advisor as the Golding administration pivots to devising new policies that can drive business and economic growth, ahead of next year's budget cycle.

Government officials are satisfied that the Jamaican economy, while still contracting, is doing so at a slower pace, suggesting it is stabilising.

The PIOJ is considering ways to get around long-standing impediments to business through what it calls growth inducement strategies, which is where Harris comes in.

"The timeline for this effort is short and we expect our recommendations to inform national prioritisations discussions and policies as early as in the upcoming budget cycle," said Hutchinson at his quarterly economic briefing on Monday.

"We have started a series of consultations with the stakeholders in the private, public and civil society sectors. These consultations are intended to be nationwide."

Harris, whose positions have driven economic debate in Jamaica since the late 1990s when Jamaica was then crafting its first National Industry Policy, is a well-respected expert on growth strategies.

He will work with an in-house PIOJ team led by Hutchinson.

The PIOJ head forecasts growth for the fourth fiscal quarter but not enough for a sustained jobs recovery, nor to rescue the economy from another year of GDP contraction, which he estimates will close the 2010/11 year at -0.4 per cent (-0.9 per cent for the calendar year, January to December 2010).

"We are currently developing policy recommendations and initiatives to facilitate a more robust and healthier recovery and economy," said Hutchinson.

Several studies have shown, he said, that the main constraints to growth include the debt burden, "especially its impact on the cost of capital and on government's ability to produce its core functions and services"; high crime rate; the taxation structure, which he called "burdensome, inequitable and anti-business"; high energy cost; and low labour productivity.

Harris will work with the PIOJ team "to develop growth inducement strategies for the economy based on the removal of these binding constraints and the creation of an enabling environment, and on the support of emerging business clusters that can produce globally competitive outputs," Hutchinson said.

"Of note and pride, Professor Harris is a proud son of our Portland soil."

The PIOJ will also be signing a technical cooperation agreement with Brazil in December, under which the planning agency will study how the South American country overcame some of the same problems hampering Jamaica.

Brazil, a trading partner with Jamaica, is currently the fastest growing economy in the Latin American region.