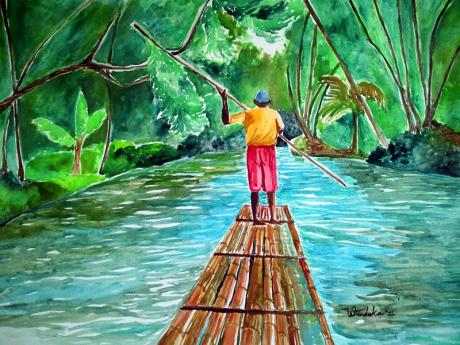 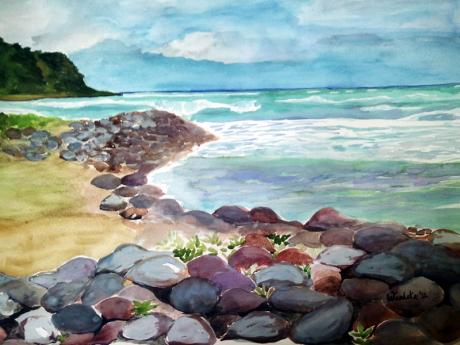 One of Gayle's favourite creations. 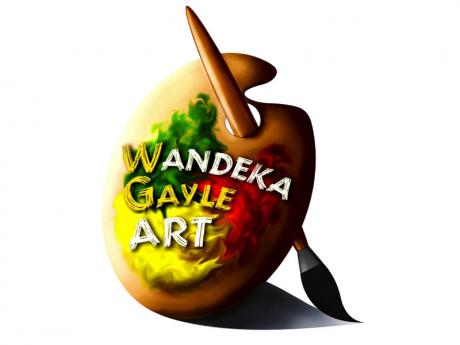 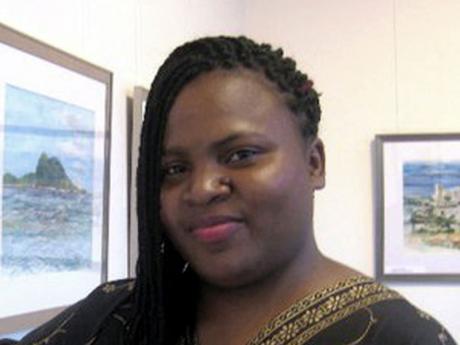 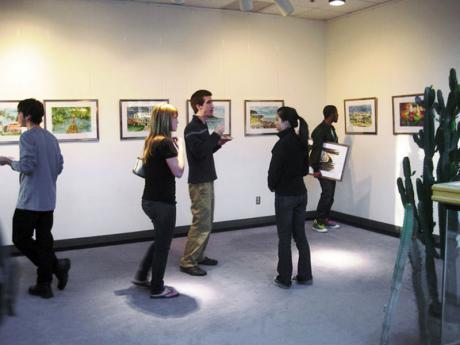 From the transparent water- colour painting titled 'Bamboo Rafting' to the rolling 'Blue Mountains peak' in deliberate acrylic, former newspaper reporter Wandeka Gayle has started on a mission to represent rustic Jamaica through art to an international audience.

Gayle, who is from St Catherine, recently hosted her second solo exhibition at Andrews University in Michigan, United States under the theme 'Around Jamaica in 18 Frames,' showing Jamaican scenes in landscapes and seascapes. This comes six months after her debut solo exhibition in October last year where she showed 12 vivid paintings of Jamaican flora and fruits.

"This time around, I wanted to show Jamaica on a larger scale like the picturesque Blue Lagoon, those quaint Negril boats and the famed Rose Hall Great House," she said. "Last time it was more about depicting those things I felt nostalgic for, like the Bird of Paradise and the guinep, things like that."

Gayle, who is currently completing her Master of Arts degree in English at Andrews and will graduate in July, said the idea for an exhibition first came about as a way to help offset tuition expenses in her second semester. The second exhibition, she said, was to launch her new website - www.wandekagayle.com - and introduce new subject matter.

"I hosted a campus-wide logo contest to generate some interest in my work through my Facebook page and I am so pleased with the piece done by Jovan McLean, a student here," she said of her new logo, which portrays a paint brush and palette with dollops of red, green and yellow paint, over which the words 'Wandeka Gayle Art' are written. McLean received an original painting of Bob Marley, done by Gayle, and a sponsored US$200 cash prize.

She said she is not only pleased that people are able to see Jamaica through her eyes, but patrons have begun to notice her style.

"Someone told me that I have two distinct styles of painting," she said. "My water-colour tends to be more playful and my acrylic, more controlled. An artist that I sometimes consult about my work, Zawdie Reece, said the same thing. I hadn't really been aware of that while I was painting but I have to agree. "

Though largely self-taught, she attributes her development to the guidance of fellow Jamaican painter, Andy Ballentine, who took her under his wing in 2005 when she started to paint after a traumatic experience, and has shown her work in several group exhibitions in Jamaica.

For the future, she said, she hopes to one day host exhibitions and attend workshops in the artist's Mecca - New York City - but says there is something special about creating and showing work in the Jamaican setting.

"Nothing compares to being in Jamaica," she said. "I would love to keep showing back home as well as here but on a much larger scale. When it comes to painting, there is only so much you can get from a photograph. The sights, sounds, smells of home will always be my greatest inspiration."