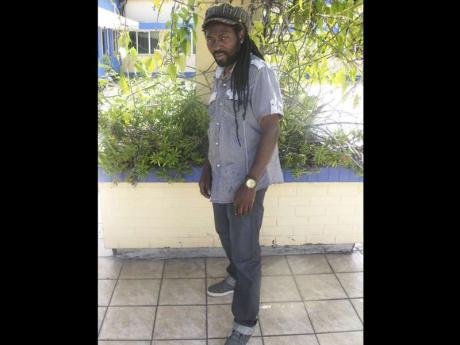 The Sleng Teng rhythm of 1985 is a landmark moment in Jamaican music history. The first popular rhythm for which no musicians were used to play instruments live in studio and also earned Wayne Smith his enduring nickname, which morphed into the name of his music production label, came from a Casio keyboard.

It is a tale of serendipity, adaptation, innovation, doubt and, eventually, resounding success.

Smith said his friend Noel Davy got a Casio MT 40 keyboard and, although Davy was the better musician, "me a show him some things. Him can play better, but me have the ears".

However, the new technology caused some confusion, as Smith said "one day him go away and me a press the button and the Sleng Teng start play".

It did not, of course, have that name; it was one of the preset rhythms on the instrument.

The rhythm caught Davy's ear; plus, he said, "You have different ways you can put it in and different patterns. Me put it on my drum pattern and my key." When Davy came back, Smith said, he was immediately struck by the rhythm and asked "where you get it from?"

However, more buttons were pressed and the rhythm was lost in the mysterious digital world from which it sprang. There was more pressing and it was found again.

Davy left with the keyboard, but Smith said "couple days later a man come and say Noel a rehearse the rhythm with some man on the corner". Smith was quick to intervene and get the rhythm from the streets of Waterhouse into the St Andrew community's famed studio, with which he was already associated - Jammy's.

"Me say Jammy's (studio owner Lloyd James) come from England. Make we go dung deh," Smith said. So, carrying the Casio, he and Davy went to King Jammy's. "Me say Jammy's, me have a beat in the keyboard. Him say all right, him string up," Smith said. After it was transferred onto the studio's recording equipment, there were additions. "Jammy's put in the clap. Noel put in the strum," he said.

Now there was a rhythm, but there was no song. So Smith simply sang. "Is one take. Me never stop. All the lyrics me sing me never sing them before," he said. That included, of course, the refrain "under me Sleng Teng".

"Is after me sing it me know what the term is. Me sing 'look inna me eye red like blood'. Me say all right, a weed," he said.

But there was the critical test of the immediate in-studio reaction - and the song Under Me Sleng Teng stumbled. Smith said when Jammy's turned to the many artistes gathered in the studio "the man them say Jammy's, it no right".

Smith was devastated. "Eyewater come a mi eye. Before it come out me run go outside, get water and wet up me face. Me go back to Jammy's and say you no pay me, you no pay the youth. You nah lose. Jus' put it out," he pleaded. "Him say all right, him have a dance the same night."

Smith did not go to the session at which King Jammy's sound system played. But he got the feedback very early the next morning. "People come wake me up a morning, 6 o'clock. Them say 'Wayne, nothing more couldn't play after them put on Sleng Teng'," he said.

When he went back to the studio, there were no more doubts about the Sleng Teng rhythm. "People line up fe voice pon it, all who say it no good," Smith said.

And Smith said King Jammy's made a decision which would set the pattern for numerous songs on a single rhythm, which continues to shape Jamaica's prodigious musical output to date. "Him say people a line up fe lick it over an' you know wha me ago do? Me a go flood it," Smith said.

Among the many songs which were recorded on the Sleng Teng in that first wave are Call the Police (John Wayne), Trash and Ready (Supercat) and Pumpkin Belly (Tenor Saw). In another wave at the start of the 1990s came Bounty Killer's Lodge.

In Jamaica, Wayne Smith is almost exclusively identified with the Sleng Teng rhythm. However, Smith told The Sunday Gleaner that when he tours, he has been surprised to find out that he is asked to sing his roots reggae material, some of which was released before Under Me Sleng Teng.

"When me reach the promoter say is them songs you going to sing. Some of the song me not even remember the lyrics. Me have to learn it, have it in my iPod, go to the band and get it right," Smith said.

There have been some slip-ups, Smith laughing as he said "me go San Diego and me make pure mistake. And the people jus' sing".

Smith's Youth Man Skanking debut album was released in 1982 and he said he has four or five albums with Jammy's, as well as a joint album with Patrick Andy done at Channel One studio.

The recent tour dates have included France, the Basque area of Spain, Switzerland, Mexico and, of course, San Diego, United States of America. "Mexico did rough. The police have some big gun on the van. The show did nice, but the place sorta tense," he said.

Smith said that after a long time turning down solo concert dates and only doing shows with numerous artistes, he has started taking numerous offers. This has led to two things; on the tours persons ask him to sign copies of his early albums, which he did at 14 years old - and there are those persons who have a hard time believing that he actually is the person who did the songs, as he does not look as old as they expect.

Smith's youth almost got in the way of a very important performance when Under Me Sleng Teng fever was at its high. Smith said that when he went to perform at Reggae Sunsplash 1985. "The security guard say is not me and want to tear off the armband. Me say all right, me a go whey, cause me get half a the money already." Fortunately, somebody who knew him intervened.

Smith got into production early, setting up his Sleng Teng Studio in Seaview Gardens, St Andrew. Among the early output was Protection with Ninja Man and Courtney Melody ("Mr Harper, who own Kilamanjaro, say voice him and tell me how much money").

"That's nuff of what I used to do. Even Supercat me used to do it with too, with Sandokhan," he said. There was also work with Shabba Ranks.

His most recent production on his Sleng Teng Records imprint is Confidential: The All Stars, a 14-track single rhythm album on which Smith sings Some Day, Fiona Sanderson sings Got to Stay Away and Michael Shepherd contributes Still Love You So. Also making a contribution are Fantan Mojah (Nah Broke No Bread), Luciano (Like the Ancients) and Saba Tooth (King of Love).

It is available on iTunes and other digital platforms, with physical distribution through VP Records being organised.

While Smith enjoys both singing and production, there is an aspect to the latter which especially enthuses him. "Me like the challenge when me get somebody who can't sing on key and me can get them to sing on key for three, four minutes," he said.