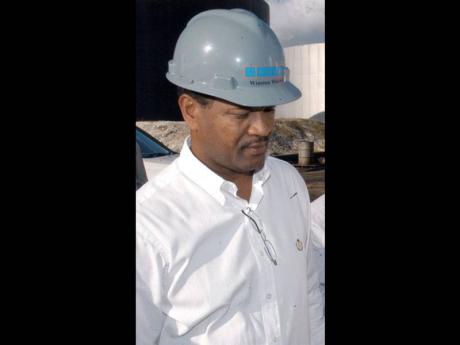 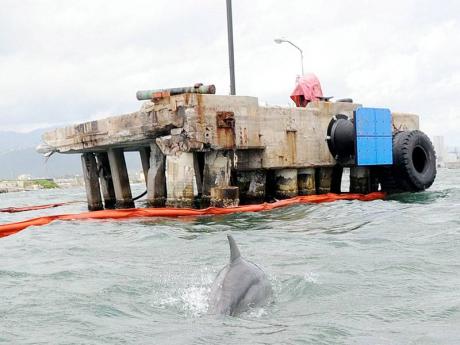 Petrojam Limited is shelling out an additional J$361 million for repair work on its shipping dock that was damaged two years ago in a freak accident, pushing the cost of the project funded by taxpayers to just under half-billion dollars.

The refinery's general manager, Winston Watson, admitted Wednesday that Petrojam underestimated the cost of the emergency work for which the original contract was issued in July 2009 to Diving and Salvaging Limited.

Petrojam initially contracted Diving and Salvaging for J$99 million, but determined five months later in December 2009 that the job was bigger than expected and would require an additional J$38.7 million, according to contract endorsement records posted on the Office of Contractor General's (OCG) website.

Another 17 months later, and a third review, Petrojam has agreed to another redesign of the dredging works and rehabilitation of the dock - the new variation on Diving and Salvaging's contract was endorsed by the National Contracts Commission in May - but this time the cost, J$360.7 million, is five times the original contract sum and pushes the price on the job to J$498 million.

The contract requires sign-off by Cabinet before being awarded.

Watson, an engineer, offered few details on what the additional work entailed, only that the refinery had initially underestimated the volume of debris to be extracted.

Initially, when the Financial Gleaner sought his comment on the expanded contract, Watson denied knowledge of any contract involving dredging to be issued by Petrojam nor, he said, was the J$360m figure familiar to him. A dredging job, he said, was more likely to be a Port Authority project.

"I am aware of only one contract to Diving and Salvaging, and it is to repair the dock. I am not aware of any dredging, and if any dredging is to be done it would be by the Port Authority," said the refinery manager Tuesday.

However, the OCG said it stood by the accuracy of the May 2011 list of endorsements issued last week.

"The foregoing is evidenced by a letter from Petrojam Limited, dated May 27, 2011, at the hand of its general manager, which was submitted in support of the public body's recommendation for endorsement, to the NCC," said Craig Beresford, the senior director of monitoring operations, corporate communications and special projects at the OCG.

Beresford was responding to a request for clarification of the information on the May list after Watson's denial.

The Financial Gleaner's review of the OCG's database also found reference to the original 'dredging and rehabilitation' emergency works contract. Petrojam has done other business with the Norman Campbell-owned Diving and Salvaging since at least 2007, the database shows. The company's directors were said to be out of office when the Financial Gleaner called for comment.

Watson eventually confirmed that the OCG list was correct on Wednesday, but pressed on how Petrojam could have so underestimated the scope of the repairs, the GM suggested that the initial review was a rush job.

"The dock got damaged and they did an initial estimate of J$125 million without a lot of defined scope of work. When they got the details they had to go back for a different estimate. This is just correcting what was done earlier," he told the Financial Gleaner.

The new information changed the scope of work, as well as the cost of completing the repairs, the refinery boss said.

"After we went in, we found we had to remove debris that was underneath; we didn't know the amount of debris before. We had to come up with an estimate to start the work initially, otherwise we would have had delay to start the work," said Watson.

"We had to do some emergency work so that the country could have uninterrupted supply of fuel. That was the best estimate with the information we had at the time. Now we have more details and see where it will cost us over J$340 million," he said.

Watson did not say who did the original estimate, only that it was by an independent engineer.