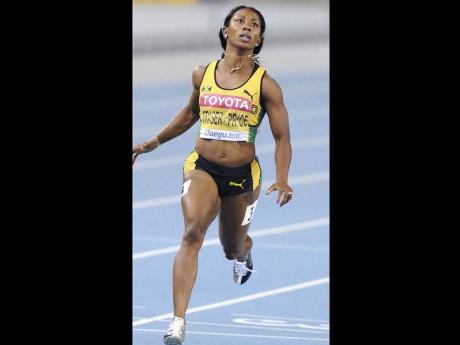 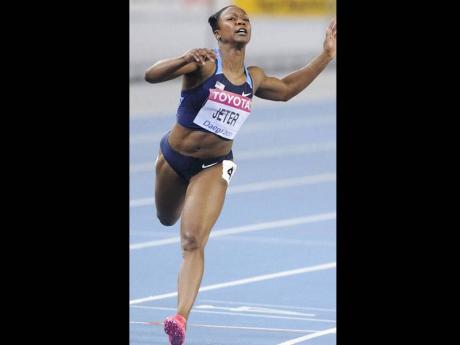 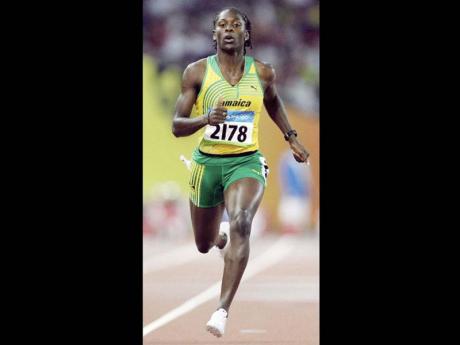 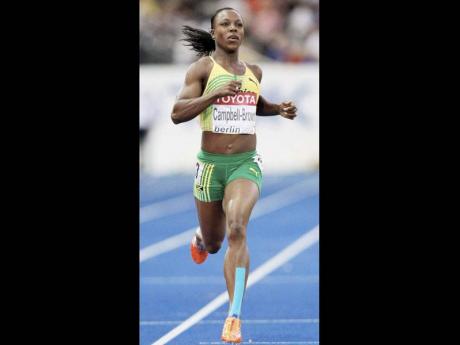 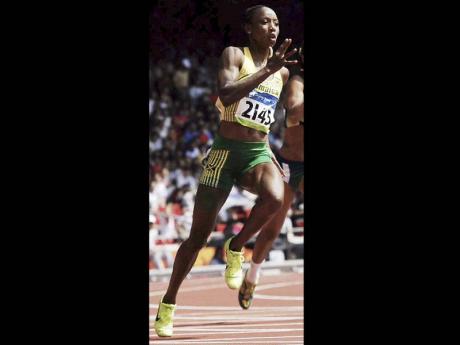 Look again at your video on the women's 100 final at the 2011 World Championships in Daegu. Shelly-Ann Fraser-Pryce, the little Jamaican in lane three, rose from her blocks first and after two steps has a clear lead.

Her start is so good that it makes other sprinters panic. After the 2009 final, the American Carmelita Jeter said.

"I won't lie," she recalled weeks later. "I was startled by Fraser. She was several steps ahead of me before I had even cleared the blocks."

Fraser-Pryce was on her way to another super start in Daegu. Sadly, she appeared to slip or stumble on her third stride. It happened fast but it cut into her explosive acceleration. In the end, Kelly-Ann Baptiste, that fine runner from Trinidad and Tobago, edged her by 0.01 for the bronze.

The two fastest women of 2011 - Jeter and Veronica Campbell-Brown - took gold and silver.

In an ironic way, the Daegu slip made sense. She had made a bright start to 2011, but after her win over VCB in the Jamaica Invitational 200, little niggles slowed her down and forced her out of the Jamaican Championships.

If she's healthy she stands a chance of retaining her Olympic 100-metre title. Jeter has faster times, but the little Jamaican's Berlin 10.73 is more than just a national record. It's the fastest time ever in a World or Olympic final.

If she were to win, she would join an elite club. Only Americans Wyomia Tyus and Gail Devers have repeated as Olympic 100-metre women's champion. Tyus won in 1964 and 1968 and Devers won in 1992 narrowly over Juliet Cuthbert, and in 1996 by a thread over Merlene Ottey.

So far, Ottey is the only Jamaican woman to win repeat medals in the Olympic 100. Her 1996 silver is flanked by bronze medals won in 1984 and 2000, respectively.

Repeating won't be easy. Those dreaming of wearing black-green-and-gold atop the podium in this event must first survive the Jamaican Championships. Incredibly, VCB ran 10.88 seconds and missed the team in 2008. At 10.73, 10.75, 10.76 and 10.82, Shelly-Ann, Kerron Stewart, VCB and Sherone Simpson are four of the five fastest Jamaicans of all time.

Last year, former Vere Technical star Jura Levy intercepted Simpson and took her spot in the 100. She's isn't the only young one with Olympic ambitions. During 2011, Carrie Russell and Schillonie Calvert both ran 11.05 seconds.

VCB will be seeking a rare Olympic sprint double, last done by Florence Griffith-Joyner in 1988. She probably is more focused on the 100 because Olympic gold in that event is the only prize that has ever eluded her.

Stewart and Simpson will both want to upgrade from the silver medals they both won in Beijing. Remarkably, Stewart lost in Berlin despite running 10.75 seconds. Never before or after has someone run that fast and lost.

Daegu bronze winner Baptiste will be hunting the first-ever Olympic medal for a Trinidad and Tobago woman in any sport. By comparison, Ottey broke through with the first Olympic medal for Jamaican women 32 years and eight Olympics ago.

Jeter is the biggest danger. Her mission is to regain the 100-metre gold medal last won by an American in 1996 by Devers. She's fearless and has even beaten VCB, Stewart and Simpson here in Jamaica. Her best times are faster and her foray into the 200 has apparently made her stronger.

When Fraser-Pryce won in Beijing, she was unheralded but came through the pressure cooker of the Jamaican Championships and months of ceaseless calls for her removal from the team. If things go well, she will go to London as a queen seeking to defend her kingdom, the 100 metres, at high speed.