The Christian root of human rights 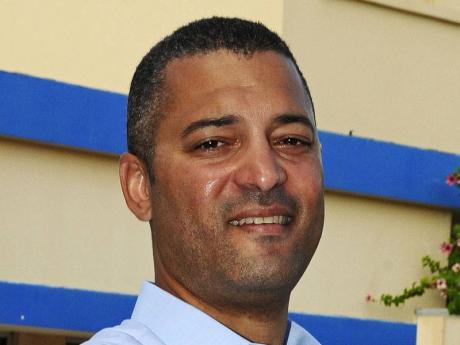 THE PUBLIC Law Forum at the Norman Manley Law School last Wednesday got quite charged when Hilaire Sobers, now of the Inter-American Commission on Human Rights, explained his view that Jamaica's constitutional arrangements and interpretations are too "theocratic".

Mr Sobers argued that Jamaica has an unofficial national religion that retards the development and respect for human rights. Religion, he said, is inherently antagonist to human rights and totalitarian in character. Each religion is intolerant of its rivals and wants to dictate behaviour through state law even to non-adherents. Naturally, with these claims on the floor, the place was ablaze.

I am anxious to not misrepresent Mr Sobers, particularly because of sympathy for his overall aim, which is to champion tolerance and respect for human rights. Plus, I am hardly an appropriate defender of the faith, for although it was the one part of my education that received careful continuous instruction, the ground was hardly fertile. But it seems to me that he went too far with the sweeping charges against Christianity.

There is a chauvinistic Christianity that can be repulsive, and I suspect that it is Mr Sobers' true target. It's the religiosity of Rick Santorum, the Rev Clive Mullings and hundreds of angry sermonisers across Jamaica too. Ever since Constantine nestled the ecclesiastical and secular powers together, the Church has been tempted to order people around with laws rather than to convince them with example and argument. But this is not a necessary part of the more humble Christianity of the elderly women in the back pews. That other Christianity quietly exists alongside its louder, cruel half-brother that froths from the pulpit while eyeing the choirgirls (or boys).

In fact, historically, humanism is a fruit of the Christian tree or - depending on how you see it - the tail-end of the Christian comet. Christianity developed the idea that all souls are worthy of salvation, and all men equal before the Lord regardless of social station. Concern for the marginalised and social outcasts feature heavily in the New Testament and there is a pretty direct line between it and modern social justice concerns. It's a short step from 'equality before the Lord' to 'equality before the Law'. So when Christians say that their religion is the source of the West's conception of human rights, I believe they are correct. The irony, of course, is that many chauvinistic Christians point this out precisely because they want to now limit the scope of human rights and personal freedoms.

When asked about the fundamental source of rights in a godless world, Mr Sobers pointed to "humanity". His point was that one needn't apply to any transcendent Being for the rights he thinks we should all enjoy. I would love to agree, but I fear that he is asking the concept of 'common humanity' to do too much work.

The empirical fact that 'we are all human' proves nothing. The issue is whether the mere fact of being human has any inherent and unique value. Why should we concern ourselves with minority groups? Why should we who are vigorous and intelligent care about those with severely low IQs or massive developmental retardation? Why should we concern ourselves with brain-dead babies, the wretched, the poor, or the incurably sick? If we abandon the sense of the sacred, why treat a man's corpse any differently than an animal's carcass? I have yet to see a convincing explanation in purely secular terms and suspect that there is none to be had.

Humanism and the idea that 'man is the measure' is not the same as atheism and the idea that there is no transcendent reality. It is unnecessary to conflate the ideas and, in practice, it won't advance the causes of the Inter-American Commission. It's better not to enrage believers, but enlist their help and support by pointing to the parts of the Christian message and tradition that is of solid service to the 'rights agenda'. Plus, ticking off 95 per cent of the population is generally a bad strategy. The better approach is to plumb Christians for more sympathy, empathy, and human solidarity.

Mr Sobers' overall approach of subjecting religious practices and beliefs to rational inquiry strikes me as healthy. But reason has its limits when approaching the great rivers of belief, including that it is the passions (and religious passions) that have a way of firing the engines of action. On any given day, the helpless on the streets of Kingston stand a better chance of getting a hot cup of tea from Fr Holung or Ramkisoon than from cloistered academics or any high-minded human rights organisation.

Daniel Thwaites is a partner of Thwaites, Lungren and D'Arcy in New York and currently qualifying for the Jamaican Bar. Email feedback to columns@gleanerjm.com.