Fashion's newest faces of the Caribbean 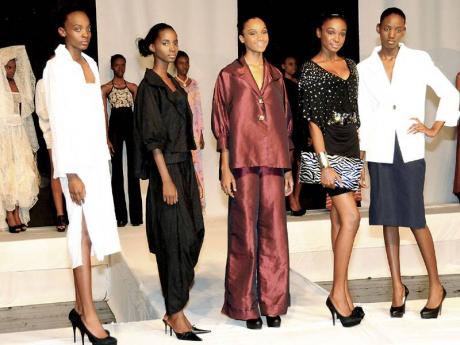 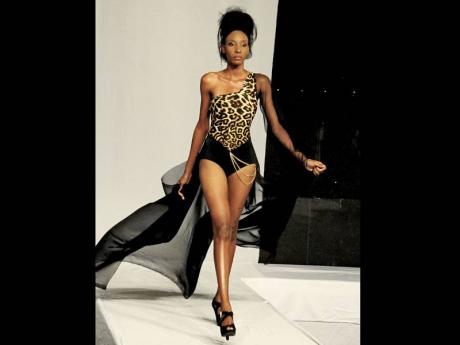 A contender for the Avant Garde Design of the Year, designed by St Mary native Debra Lee Jarrett, was a hit on the all-white runway. 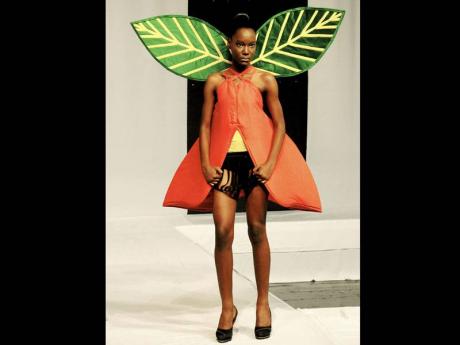 Out of a showcase of seven talented designs the unique ackee-inspired design by Cecelia Devana was chosen as this year's winning piece of the Avant Garde design of the year. 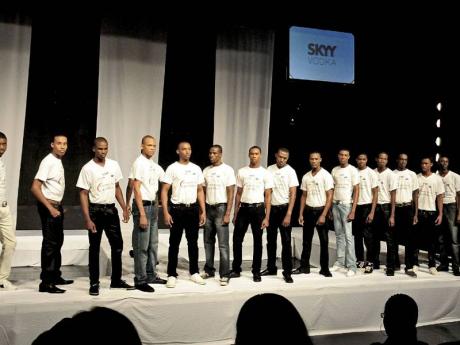 Some of the 24 males that were vying for the Male Face of the Caribbean title as they presented themselves to the audience for the first time as a group.
1
2
3
4

With models on the catwalks in the fashion capitals across the world: London, New York, Paris, Milan and countless others, Saint International Jamaica is once again trying to unearth even more talent. Last week, a new male and female fashion face of the Caribbean was selected.

Ocho Rios High school alum Sean Thompson was the male Fashion Face of the Caribbean while St Jago High's Christina Knight was the female Fashion Face winner. In a "highly competitive battle" according to the international judging panel, those two were selected based on their overall performance. Also chosen was the Avant Garde Designer of the Year.

Starting promptly at 9 p.m., an astounding feat for the Peters-led organisation, 19 female finalists were presented as "young visionary girls" and 24 male hopefuls were presented as finalists vying for the coveted title. The night's proceedings boasted a cadre of international judges from modelling agencies around the world: Delfa Ramos from Elite Model New York, Jorge Urena from Wilhelmina New York, Dana Cooper from Women and Conrad Kennedy from MUSE New York.

With spring approaching, there were a number of pre-spring fashion collections from Shades of Africa, Mina, Ballashawn, and a business attire showcase by MaxBrown. There were swimsuit collections for the summer season from Kadian Nicely and Debra Lee-Jarrett.

But, perhaps the most anticipated collection of the night was by New York-based designer Courtney Washington who has recently returned home. His debut collection, dubbed as his "welcome home" collection, was "fit for the modern woman," he affirmed. Classic, chic and elegant, Washington's use of patterns, varying prints and lace, seemed seamless, to say the least. Perhaps his most creative was what can be deemed as his avant garde-inspired wedding dress made completely of lace.

Performance for the night's show was provided by young up-and-coming female artiste Kim Nain. Although pretty new to the entertainment scene, Nain gave an explosive performance filled with energy, charisma and, best of all, great vocals. Dressed in a khaki maxi dress, Nain performed Katy Perry's The One That Got Away as well as two of her own tracks Love Lock Down and the acoustic version of Love with Seretse Small, ending with Jessie J's Cowboys.