A town entrenched in deep-rooted history 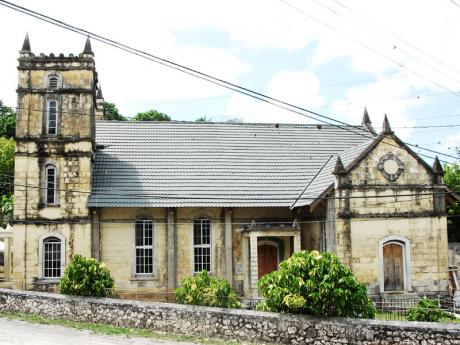 The Stewart Town Baptist Church was built in 1845 by the Reverend William Webb, who sought to build a replica of the Westminster Abbey in England. 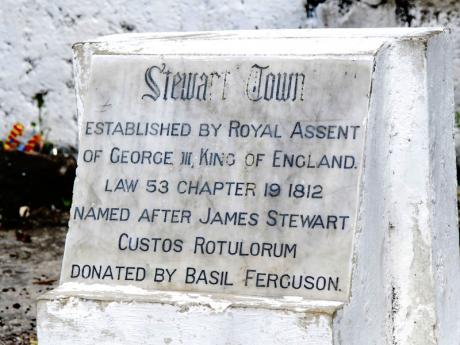 A monument in the town square briefly tells the story of its origin. 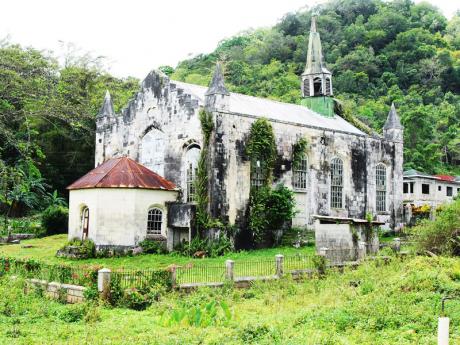 This derelict building belongs to the Anglican Diocese and was the first place of worship built in Stewart Town in the year 1812.
1
2
3

WESTERN BUREAU:The village of Stewart Town in Trelawny was founded in 1812.

The town was named after James Stewart, the then custodian of the parish and the man who spearheaded its development, in response to rampant shortages of provision and lumber, after shipping routes from both Britain and the United States were affected by war between the United Kingdom and some independent colonies in North America.

The town's rich collection of Georgian architecture tells the story of a town that boasted all the basic amenities and can be rivalled only by the parish capital, Falmouth. One of Jamaica's most distinguished institutions for young women is located in the community and was founded in reaction to a clear display of racial prejudice.

According to www.visitjamaica.com, in the late 1800s, two nieces of the famous abolitionist, the Reverend William Knibb, formed a school in Falmouth called the Polly Knibb School for Ladies of Colour.

Ironically, the thought that two black girls would be admitted to the School for Ladies of Colour outraged the parents of the white pupils, but the situation was further exacerbated when the Knibb sisters refused to expel the black girls.

In a show of defiance, the white students withdrew their enrolment, causing the school to falter and eventually fail in 1881.

Later that year, Baptist Minister William Webb and father of one of the girls, managed on a trip to England, to secure funding for the establishment of a new school, and in 1882 Westwood High School was opened to all young ladies, regardless of race or colour.

Not only did Reverend Webb establish the school, but he also funded the construction of the local Baptist church, which community historian, Arthur Rose claims is a model of the Westminster Abbey in England.