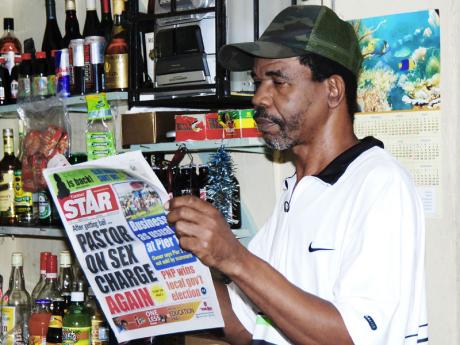 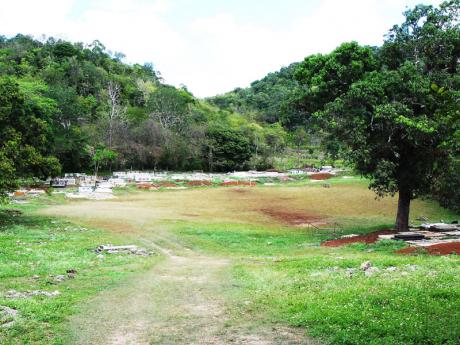 The Stewart Town cemetery is used as the recreation area for the youths in the community.
1
2

WESTERN BUREAU:Residents of Stewart Town in Trelawny say they are tired of the inconsistent service they get from the National Water Commission (NWC) and are calling for steps to be taken to address the serious water rations to the community.

"We have many problems, but water is so important to our everyday life, it's a matter of priority that this age-old situation be addressed," said businessman Glenroy Lowers.

According to Lowers, most of the time, there is no water, coming only once per week, but other community members say it is sometimes longer.

"Once in one week? You mean once a blue moon," said an animated Oshane Smith. "I cannot recall getting water in seven days, plus none of the two NWC tanks in the area is working ... . We are suffering."

When contacted, Ava Marie Ingram, NWC community relations manager for the western region, asked for time to get an update on the situation, but admitted that the community is "not served everyday", which she cautiously attributed to "system limitations".

According to a Trelawny parish-plan draft document prepared by the NWC, dated October 12, 2011, work will be done to the Barnstable deep-well pump station which serves the communities of Westwood, Stewart Town, Jackson Hill, and Mahogany Hall, including the replacements of six kilometres of the six-inch diameter pipeline between Barnstable and Stewart Town.

Plans are also in place to increase the water-storage capacity of the tank located at Stewart Town to 100,000 gallons. The cost is expected to be a part of a $2.8-million improvement work in the area.

No timeline has been provided for the implementation of these changes, and this does not help the desperate situation for residents like Vilma White and Neville Reid.

"We are hard-working people. All we need is a reliable water supply, that's all we ask," said White.