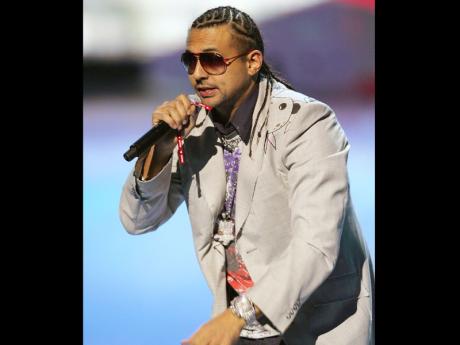 Annette Grandison Bennett said the weekend will be a "very nice break from everyday life for me".

Grandison Bennett, a mother of three, describes her purchase of a bottle of Rémy Martin VOSP from Hi-Lo Fairview store during the promotion period as a "stroke of luck", as she was unaware of the competition. She is, however, looking forward to the concert and to meeting Sean Paul.

"This is will be a great end to a wonderful weekend. I am so happy to have been selected a winner, and I am thankful to CPJ and Sandals for this opportunity."

Caribbean Producers Jamaica (CPJ) Limited, the distributor of Rémy Martin in Jamaica, was the local force behind the international Rémy Martin promotion.

"It's just one way we'll be saying thanks and giving back to our loyal consumers throughout the year," said CPJ Brand Manager Tamika West. "We are excited to treat them to the concert ... . It will be a night of great music and vibes from one of Jamaica's most talented entertainers - and in such an exotic location."

Sean Paul's performance is expected to be a high-energy finale to the thrilling Getaway Experience, and comes on the heels of an international tour to promote the release of his latest album, Tomahawk Technique, which features the hit single Got to Luv U.

The Rémy Martin Weekend Getaway promotion, staged through Rémy Martin USA, attracted dozens of entrants from Jamaica, the Caribbean and the United States, who purchased bottles of Rémy Martin VSOP, 700ml or larger, from partnering on-premise locations in the respective regions, in hopes of winning the fabulous prizes.