Should I get a mammogram done? 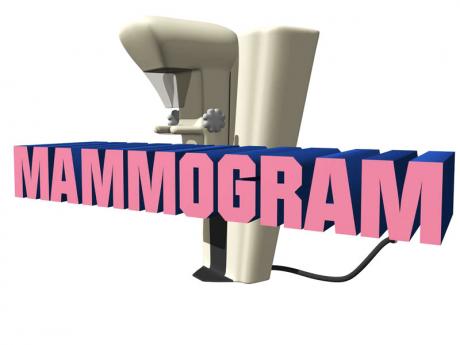 It is like being caught between a rock and a hard place - literally and figuratively - when a woman contemplates whether to do a mammogram or not. It is an uncomfortable procedure, but the fear of losing a breast to cancer is a strong motivator.

However, there are now questions about the usefulness of this procedure. Does it make sense to put oneself through that stress?

A mammogram is a procedure that uses low intensity X-rays to assess the breast. It can be used a screening test (assessing a normal appearing breast for evidence of cancer) or as an investigative test (to assess a breast when a lump has been found in it). The breast is held and compressed between two firm surfaces and X-ray images taken at different angles.

Compression of the breast increases the accuracy of the procedure and allows a lower amount of x-ray radiation being used. The pictures are then read by an X-ray specialist to assess the likelihood of cancer being in the breast. Its accuracy will be improved if lotion, deodorant and talcum powder usage are avoided on day of the test.

One concern that people have always had about the mammogram is whether the use of radiation may increase the risk of cancer. Unfortunately, it does, but the risk is very small, especially for women aged 40 years and over.

In recent times, the issues of the starting age and the frequency of the mammogram have become a somewhat controversial issue. The United States Preventive Services Task Force recently recommended that mammograms should begin at age 50 and be done every two years; not age 40 and annually as was previously recommended.

However, there are a number of other authorities that prefer to stick to the previous recommendations. The concern about mammograms being done before age 50 is that there are a great chance that it will wrongly suggest that cancer is present (a false positive). These women will now have to undergo unnecessary emotional trauma of thinking they may have cancer and doing further testing, such as biopsy.

Mammograms may also pick up cancers that would not have caused any problems. Of note, also, mammograms miss about 25 per cent of cancers. In addition, early detection by mammography may not always change the outcome.

Doctor and client together must decide on the need for it as only three to 13 per cent of women will really benefit from it.