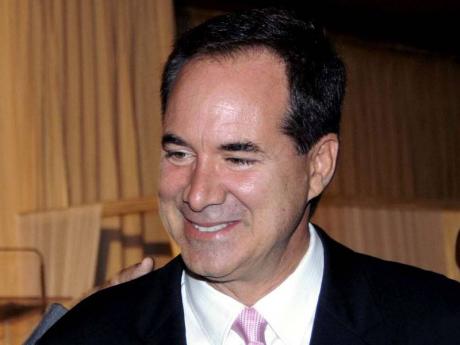 The National Insurance Fund (NIF) has confirmed the interest of lawyer and hotelier Christopher Issa in the purchase of the former Breezes Montego Bay hotel.

The offer from Issa, who also owns the Spanish Court Hotel in New Kingston, coincides with the anniversary of the placement of the property on the market by Wihcon Properties in April 2011, and two and half years after the hotel was shuttered with the ending of the management contract with former operator SuperClubs.

The lawyer is said to have a preference for city hotels.

NIF director of investments Audrey Deer-Williams, who has described previous offers for the 124-room hotel and other properties on the market as being sub-par, now says the offer from Issa is serious.

"A deal is likely before mid-year," Deer-Williams said Thursday.

The NIF, the state-run agency responsible for investing pension receipts and operating the now J$70-billion fund from which government retirees are paid their pensions, shares ownership of the hotel with NCB Pension Fund.

NIF is also sole owner of the former Grand Lido Braco in Rio Bueno, Trelawny, as well as El Greco Resort in Montego Bay and Point Village Resort in Negril.

Attempts to speak with Issa on his plans for the Montego Bay resort property were not successful, as he was said to be out of office.

The hotel, located on Gloucester Avenue in the heart of the MoBay hip strip, was last valued at US$14.32 million (J$1.23b), and was placed on the market by WIHCON Properties Limited on behalf of co-owners NIF and NCB Pension Fund.

The seaside property was built in 1995 by NCB Investments - then the investment arm of the banking group. NCB Pension Fund retained 51 per cent of the shareholding, with the remaining 49 per cent purchased by the NIF for J$271 million.

Issa heads the Crissa's Group, with Spanish Court being his first hotel venture.

According to the hotel's website, he has "more of an interest in city hotels than resorts", and having recognised the potential in the location and architecture of the former Spanish Court Shopping Centre, spent US$12 million to acquire and, along with architect Oscar Garcia, transformed the structure into a 107-room boutique hotel.