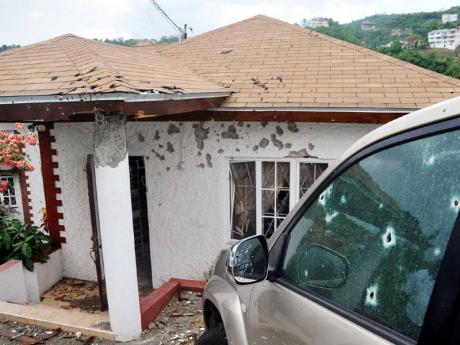 The pockmarked Kirkland Heights house and vehicle of Keith Clarke, who was killed by the security forces in a hail of bullets. - File 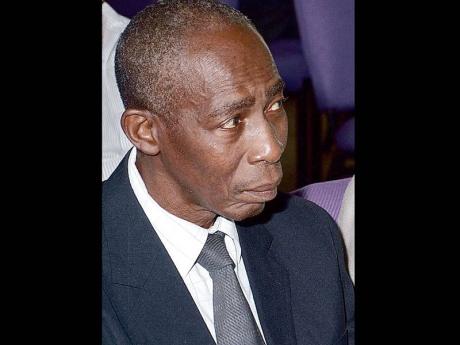 DIRECTOR of Public Prosecutions (DPP) Paula Llewellyn could soon rule whether members of the security forces are to answer criminal charges for the death of businessman Keith Clarke.

"We have received yesterday afternoon a huge file relating to the Keith Clarke matter, and when I go in, I will be assembling a team to deal with combing through this very huge file and working on it in relation to seeing what our ruling will be," Llewellyn told The Gleaner during a meeting with the newspaper's editors and reporters yesterday.

The file was received from the Independent Commission of Investigations (INDECOM).

Clarke was killed on May 27, 2010 in his upper St Andrew house during one of the many raids launched by the security forces to capture then fugitive Christopher 'Dudus' Coke.

Claude Clarke, a former minister of government and Keith's brother, welcomed the news.

"We are encouraged by the development. It justifies the confidence that we had placed in the commissioner of INDECOM, Terrence Williams, who has proceeded with great diligence and determination. Hopefully, the DPP will be equally committed to the search for justice," he told The Gleaner yesterday.

Determined to get justice

Claude Clarke said the family hopes the DPP will not take long to rule on the file but noted, "We are prepared to stick with this as long as it takes."

He added: "We are determined that we will get justice."

Dr Carolyn Gomes, executive director of human-rights group Jamaicans for Justice, noted that it has been almost two years since the incident took place but said, "It's better late than never."

"Now is the beginning of another long process because now we have to work on the DPP to make a ruling. We hope that will not be delayed in this case, given that so much time has passed since the incident and that we will have an expeditious ruling and an expeditious process."

The DPP can either send the matter to a coroner's court or rule whether anyone should be charged.

"We are looking forward to an expeditious movement on this. It really is important in terms of restoring faith in the justice system," Gomes said.

The Jamaica Defence Force (JDF) led the operation by the security forces to capture Coke. Neither the JDF nor the Jamaica Constabulary Force, which was also involved in the operation, has explained how Clarke met his death.

"Until there is the closure that addresses the important question about what it is that led to this untimely, unjust and savage act, we will not feel there will be closure," Claude Clarke said.